In ENIGMATIS: THE GHOSTS OF MAPLE CREEK, I searched for a missing girl in a mysterious Vermont town. This 2011 point-and-click game is another by Artifex Mundi, like several I’ve tried in the past year.

It’s available for Playstation 4, Xbox One, PC and mobile phones. I tried the free demo on PS4 and enjoyed it so much, I bought the game and finished it a couple days later.

ENIGMATIS: THE GHOSTS OF MAPLE CREEK is rated “T” for teen, for blood and mild violence. My teens played through it with their friends and had a lot of fun hunting for hidden objects, finding clues, and solving puzzles together.

After playing the main adventure, I unlocked the “Last Chapter” bonus level that tells the story of Jim Gibbons, the knife thrower trapped in the mirror world. I played through on Halloween and it was an excellent epilogue.

Single-player or two-player shared-screen couch co-op. The game plays out across an endless stage, and the object is not only to defeat enemies but to thrill spectators. Characters do not die but it’s curtains for them if they cease to entertain the virtual audience.

The story is told via dialog boxes that must be read by the player(s). There are exclamations — “Gah!” “Oh!” and such — but no voiced protagonists.

FOUL PLAY is rated “E+10” for everyone 10 and up. I thought it was great fun and will continue playing at my leisure with family, but not for my YouTube channel. I’ve already got my plate full with Horizon Zero Dawn, Skyrim, Fallout 4, Fallout Shelter and other games this month!

I found a box of tapes I made in the 80s and 90s. This one is straight from 1991, the year the Gulf War ended. It’s also the year I moved back to Los Angeles and dated a guy named Ron in college. Most of the music is sampled in bits and pieces, as so many full-length songs wouldn’t fit on one tape otherwise.

I wanted to play something with a Halloween theme for October, so I rented HOTEL TRANSYLVANIA 3: MONSTERS OVERBOARD from a local Redbox.

This single-player game continues the story of the Hotel Transylvania 3 movie. The player can choose to be Dracula or Mavis. With the help of little creatures called Impa, they fight enemies, solve puzzles and save their monster friends on the mysterious Lost Islands.

HOTEL TRANSYLVANIA 3 is rated E+10 for everyone 10 and up. While some rated-E games can be fun for the whole family — such as Unravel Two, Eventide 3 or The Unfinished Swan — this one is just for children. There’s not much in the way of gameplay, story, humor, graphics or excitement to be found for adults, but if you have little kids, it might be worth renting for a day or two before Halloween.

FALLOUT SHELTER was released as a mobile game, in advance of Fallout 4, just after both games were announced at Bethesda’s E3 2015 showcase. It was available as a PC game in 2016, Xbox One in 2017, and then Nintendo Switch and Playstation 4 earlier this year.

I played it three years ago on my phone, before moving on to Fallout 4 and other console games. I thought it would be fun to see what it’s like now, with all of the updates they’ve made over the years, and on a much bigger screen. 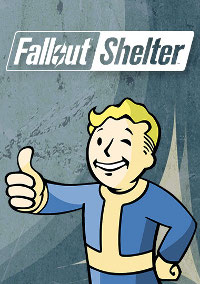 In FALLOUT SHELTER, players build a large, underground bomb shelter aka “vault,” and manage the lives and resources of the vault dwellers. It shares some elements in common with Fallout 4‘s settlement building system and with community simulation games like Virtual Villagers or My Tribe.

Legos inspired the standardized colonization modules in my Stellarnet books, which were published in 2012. In my novels, pre-fabricated living spaces called “blocks” were linked side-by-side and stacked on top of one another to form enclosed, self-sufficient space colonies. The vault sections in FALLOUT SHELTER work in a similar way.

As free-to-play games go, FALLOUT SHELTER is casual and enjoyable. In-game purchases are optional and, so far, I haven’t felt like they’re required. When I played this game years ago on my mobile, I maxed out my vault – full size, full population, 100% happiness – without spending any money.

I didn’t play long enough to experience the content I hadn’t seen before, as I needed more vault dwellers to unlock the Overseer’s Office, Weapon Workshop, Outfit Workshop and Theme Workshop. But I might start playing this game on Fallout Fridays, once in awhile, along with Fallout 4.

FALLOUT SHELTER is rated “T” for teens, due to mild violence, suggestive themes, and alcohol references.

ABYSS ODYSSEY (2014) is a video game by ACE Team, an indie developer founded in 1997 by brothers Andrés, Carlos and Edmundo Bordeu, headquartered in Santiago, Chile. They also made The Deadly Tower of Monsters (2016) and Rock of Ages II (2017) that I tried out during previous Tuesdays. 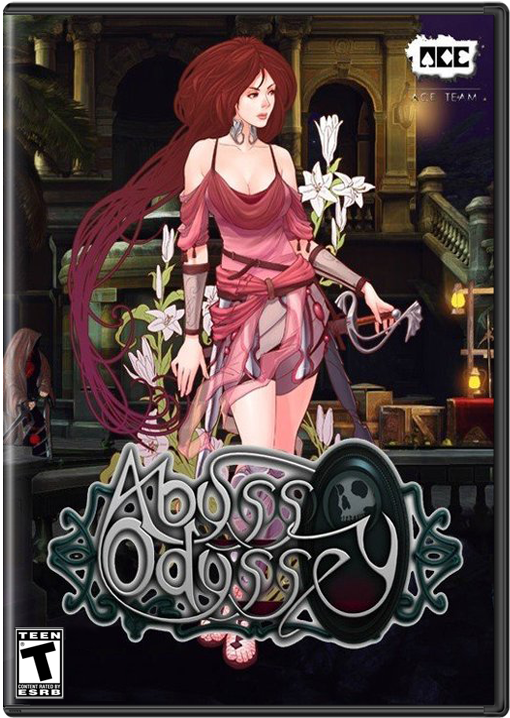 While Deadly Tower was an isometric platformer with a retro-scifi aesthetic and Rock of Ages II a tower-defense with Monty Python-esque style, ABYSS ODYSSEY is an Art Nouveau inspired side-scroller.

The fighting reminded me a bit of Street Fighter or Mortal Kombat, with lots of button combos, hack and slash. It’s roguelike, with procedurally generated levels. Character death means starting over from the surface and plumbing the depths of the abyss all over again, to find new layouts and different enemies each time.

Rated “T” for teens, for partial nudity and violence.

I found a box of tapes I made in the 80s and 90s. This one, labeled “My Special Tape,” is a melancholy miscellany that reflects the personal struggles of my young adulthood. Love, loss, longing.

I can remember holding this tape so many times in my youth, wondering who I was and what I would be, and here I am, holding it in my hands again, almost thirty years later. It feels strange, as if I’m in two places at once, the present and the past, the east and the west, the old and the young.

In true mix tape style, this is not only a collection of songs but also pieces of songs, reconstructed into a kind of poetry:

In sleep he sang to me, in dreams he came (1)
And I know it’s only in my mind, that I’m talking to myself and not to him (2)
Sometimes it seemed if I just dreamed somehow you would be here
Wishing I could hear your voice again, knowing that I never would (1)
These dreams go on when I close my eyes (3)

It’s only forever, not long at all (10)
Who wants to live forever? (11)
I remember a time I knew what happiness was (2)
Some dance to remember, some dance to forget (4)
Masquerade, paper faces on parade,
Hide your face so the world will never find you (1)

Friends of my YouTube channel have been asking me to play HORIZON ZERO DAWN since it came out last year. I wasn’t in a rush, to be honest, because I’d watched an interview with developers from Guerrilla Games who basically said, “we had some concept art with these cool robot dinosaurs and we needed a story about why they exist.” Seemed gimmicky.

And then there’s Aloy. I’ve had about enough of the “sassy redhead” stereotype — Merida, Annie, Pippi, Ariel, Kim Possible, Cait, Saffron, etc. I wasn’t feeling great about the mechanics, either, as I find it difficult to play third-person games.

But my oldest bought the game while I was in the hospital a few months ago, so I figured I’d do it for a Try-It Tuesday. With narrative director John Gonzalez, who was behind the most meaningful and moving experience I’ve ever had in a video game, the Honest Hearts DLC of Fallout: New Vegas, I at least expected an excellent story.

I am happy to say I enjoyed the hell out of this game. Gameplay was so smooth I hardly noticed I wasn’t playing in first-person. Even the frequent cutscenes — normally something I dislike — didn’t bother me, though they were sometimes awkward or jarring when transitioning from player-controlled action to cinematic storytelling. A flaw I am willing to forgive, because at least there weren’t any quick time events.

The world of HORIZON ZERO DAWN is beautiful to see, and I found myself marveling and enjoying the scenery in the same way I do when playing Skyrim. There are elements of this game that remind me a bit of Fallout, Far Cry 5, and other games, too.

The game is fun and the mysteries it presents are intriguing. I am torn between wanting to rush through the story to find out why these mechanical creatures exist or why Aloy and Rost are outcasts, and wanting to spend hours shooting turkeys and hunting robots for wires and metal shards. I plan to continue playing in the days and weeks to come.

I found a box of tapes I made in the 80s and 90s. This one is labeled “Miscellaneous Songs” and is more contemporary. I listened to these songs a lot when I was in high school and college.

My husband’s been after me to play this game because he knows how much I like stealth in video games such as Skyrim, Thief and Dishonored. I’ve also got a soft spot for green guys like orcs and mutants. So, I tried the free demo for Playstation 4.

STYX: SHARDS OF DARKNESS is about a sassy green goblin rogue named Styx, who has magical powers, and sneaks, climbs, poisons, and steals. Some have compared his humor to Deadpool — irreverent and sprinkled with pop culture references.

Developed by French developer Cyanide, this sequel to Styx: Master of Shadows (2014) was released in March 2017 for PC, PS4 and Xbox One.

I enjoyed it enough to buy the Styx bundle, with Master of Shadows and Shards of Darkness, on sale for $14.99.