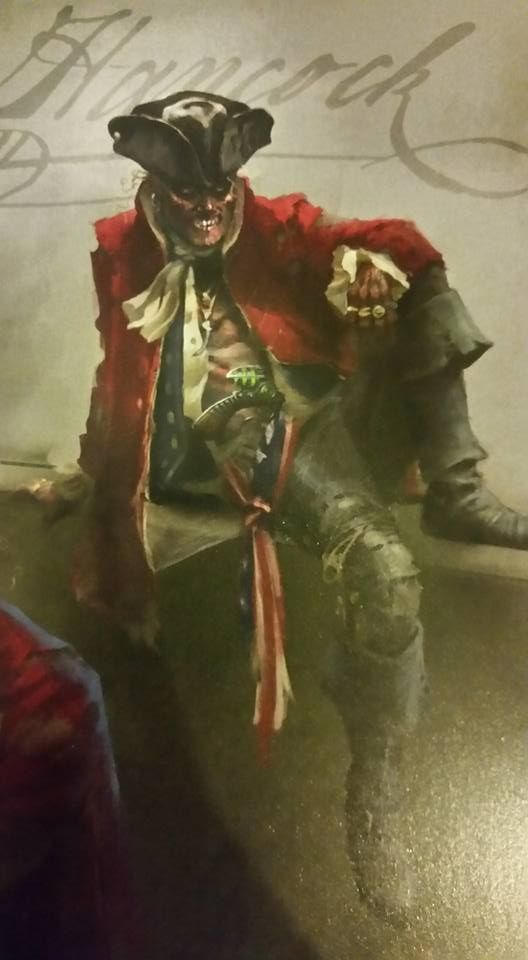 I have a confession. I’ve been cheating on my husband. Again.

I don’t want to break MacCready’s heart, but if I have to listen to him complain after I pick up one more battered clipboard in Fallout 4, I’m going to knock that pencil goatee right off his whiny mouth with the recoil-compensating stock of my plasma rifle.

I know, two months ago I said my love life was a toss up between Preston and Hancock, until MacCready won me over. Looking back, I had a thing for Hancock all along, but was too heavily into RP (role playing) to believe my sole survivor, Fiona, would jump onto him straight out of the vault. He’s a zombie pirate junkie who shanks a fool just for shaking her down, when only days earlier (in her mind) she was a suburban mom with a law degree, married to a handsome war hero.

But after two years in the Commonwealth wasteland, she’s used to ghouls and MacCready seems more like a lost boy who needs mothering than a man who’s the Sole Survivor’s equal. Over and over, again and again, I’ve imagined Fiona turning to John Hancock for counsel, assistance, friendship and … other things.

When I began moving settlers to Hangman’s Alley, a small slice of downtown Boston crushed between raiders and super mutants, I sent Hancock to guard them.

As I built Egret Tours Marina into a thriving center of commerce, I sent Hancock to keep things running smoothly.

When I built a bar and dance floor at the top of Abernathy’s farmhouse, MacCready seemed like the kind of guy who would try one slow dance, doing the junior high method of swaying awkwardly with his hands on Fiona’s hips, then he’d hide in a corner and drink bourbon. Meanwhile, Hancock and Fiona would dance the night away, singing along with every song on Diamond City Radio.

BTW Hancock’s voice actor, Danny Shorago, is a vocalist for the band The Fuxedos…

In my wasteland, the new “treasure” of Jamaica Plains is a brothel, complete with Grognak, Mechanist and Silver Shroud impersonators. I think Hancock, owner of the Third Rail, would be more than happy to help me get the place running and wouldn’t balk at the “Blue Room” – named after the color of its door – complete with handcuffs, sack hood and various “implements” such as wooden boards, shock batons, yardsticks and hair brushes.

MacCready seems to me like the kind of person who’d refuse to do kinky things, though he’d secretly want a paddling, while Hancock’s the type who’d be happy to hold the paddle.

If I need to commiserate about the stress of leading the Minutemen and rebuilding the Wasteland, Hancock is the king of the underworld and mayor of Goodneighbor, who understands “it’s lonely at the top” (his words, from one of his in-game conversations). MacCready would probably suggest I either ask for more caps or stop helping people.

After visiting the Institute and discovering what happened to my son, I immediately wanted to share the information with Hancock and get his advice – though the game offered no actual options to do so. In my mind, we had one hell of a long-ass conversation.

Later, when I needed to shore up the Castle’s defenses and prepare for an onslaught of teleporting synths and deadly coursers, I relocated Hancock to the fort. Other than MacCready, who was my follower, and Preston, who I assigned there permanently, Hancock was the only companion I wanted with me for the Big Battle.

I took MacCready to the top of Kingsport Lighthouse and he scoffed at the “lure of the sea.” When I took Hancock, he looked out over the water, smiled and said it was really nice. Yes, John, it is, isn’t it? Let’s stop once in awhile to smell the flowers. (Especially those hubflowers used to make Grape Mentats.)

Hancock grabs life by the balls, shoves jet in its mouth and takes it for a tour of the town. MacCready would prefer a rocky ceiling over his head and hiding his nose in some Grognak comics. For awhile, I could dig it. Mac and Fiona were both lost and alone, with dead spouses and sick sons – Duncan had blue boils, Shaun just blew.

But now I’m heading an army, eradicating the remnants of the Institute, rescuing kidnapped settlers and wayward synths, defending checkpoints, managing settlements, tracking down renegade robots, and capturing creatures for my Friday night arena fights at Starlight Drive-In. I can’t carry the weight of the Commonwealth, my numerous economic enterprises AND a relationship on my shoulders alone, even with the Strong Back perk.

And speaking of encumbrance, MacCready bitches, “Don’t make me carry that worthless crap!” While Hancock says, “Let me know what I can carry.” Every time he says it, it makes me love that ghoul so damn hard. 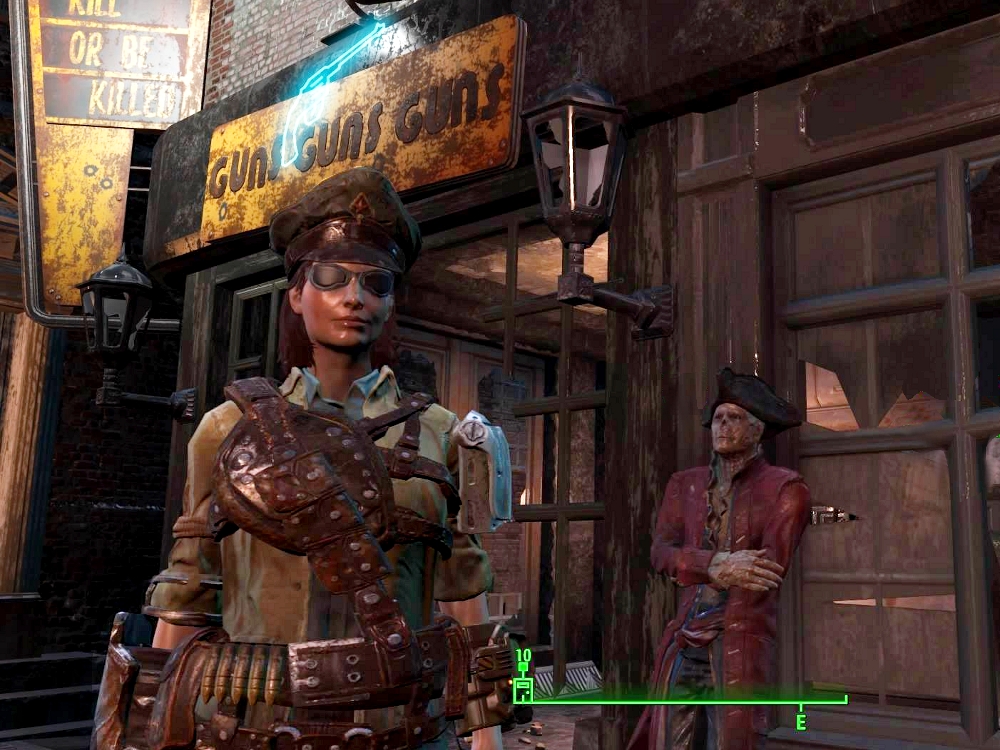 My sole survivor, Fiona, with Mayor John Hancock in Goodneighbor. She’s a bit damp because of the rain, and because she’s always a bit damp around Hancock.

Hancock supports my involvement in the Minutemen, my favorite part of the game. He says, “I turned one of the nastiest settlements in the Commonwealth into a refuge for the lost. I thought I’d done something I could hang my hat on. But being out here with you, it’s made me realize just how small time I’d been thinking.”

Of the people, for the people. Hancock gets it. Meanwhile, MacCready complains every time I give someone a drink of water or pick up a desk fan. No, I’m not “collecting antiques,” I’m building a wind turbine for the settlers at Oberland Station, you miserable bastard.

I felt guilty for awhile, leaving Mac home in Taffington and running around with my back door man. Or, in my case, my “blue door” man. Then one day I heard Mac say, “For you, Cait, I’d do anything,” and realized maybe he was running around on me, too. That’s fine. I think Cait would be perfect for him. They can go be pissy together.

I’m enjoying the game so much more with John at my side. So, it’s time to grab some Mentats and get this freakshow on the road. You feel me?