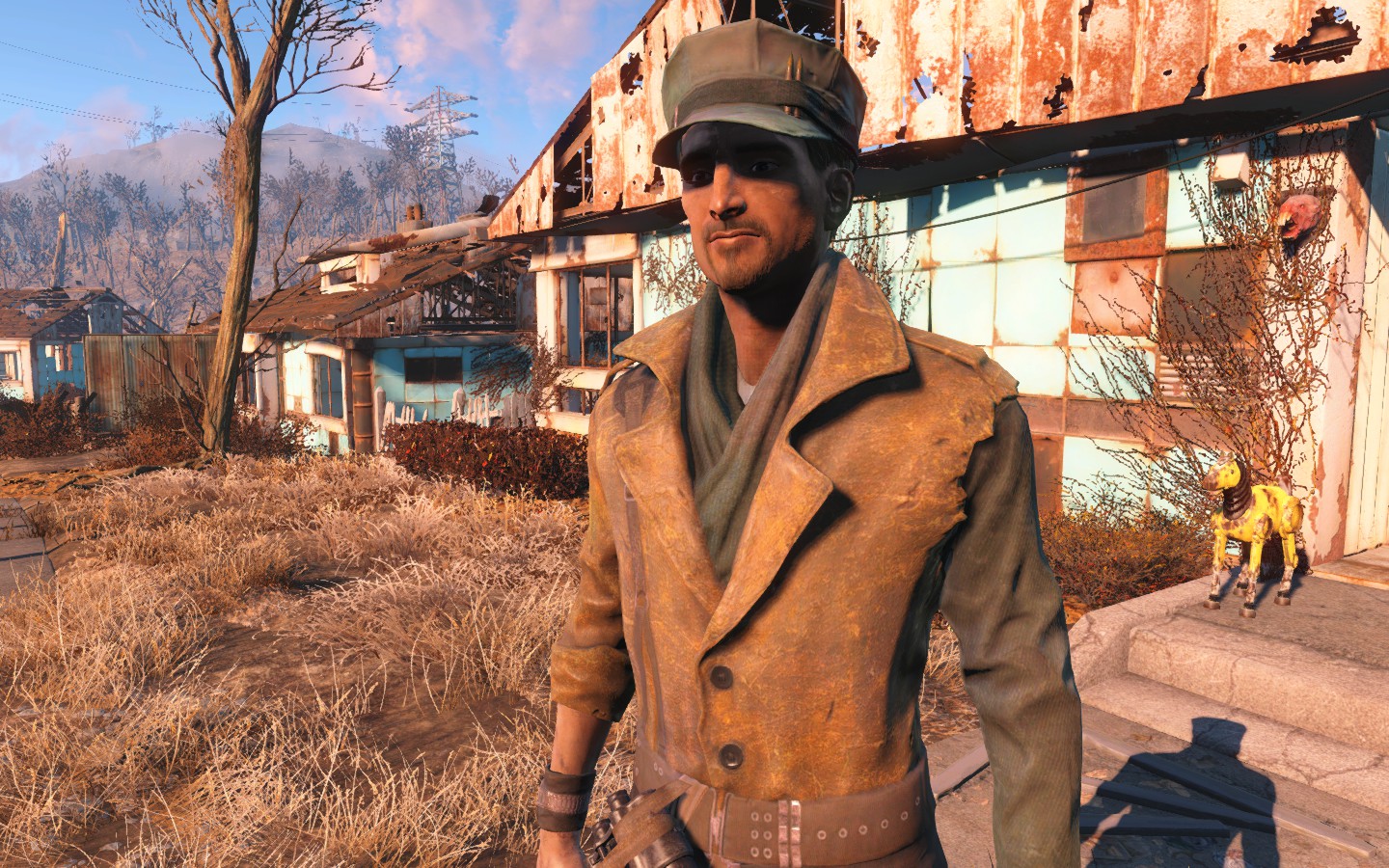 Meet my new video game bf, Robert Josesph “RJ” MacCready. I honestly didn’t expect to romance the asshole mercenary, who I referred to as either “Slim,” “Reedy MacCready,” or “Bobbi No-Butt,” before I got to know him.

I tend to like the strong, silent type – more meat on their bones and a lot less lip. I had a big crush on Sturges at the beginning of the game, and my 15yo daughter left this on my nightstand: 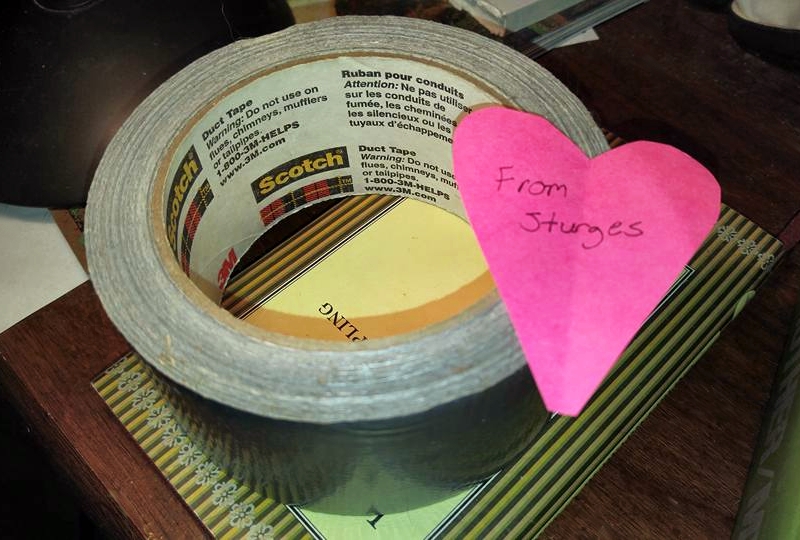 “My old man taught me duct tape could fix anything.” – Sturges, Fallout 4

Though some readers may recall how I started out with the big Nord tank Stenvar, in Skyrim, and ended up with the slick, snarky dark elf spellsword Teldryn Sero. So, I guess I shouldn’t be surprised.

Before I reached the “idolized” level of friendship with MacCready, my love life was a toss up between fellow Minuteman and knight in tarnished armor Preston Garvey, or the coolest ghoul in the Commonwealth, libertarian mayor Hancock of Goodneighbor. Paladin Danse is just a jackass in a can and I don’t care how cute everyone says he is, I still won’t join the Brotherhood.

MacCready won me over when he turned out to be not-such-an-asshole-after-all. “He’s one of the good ones,” as Daisy says. Someone with similar experiences to the Sole Survivor – a son, a spouse killed right in front of him – and unlike Kellogg, MacCready actually regrets being a mercenary and turning into a jerk after life dealt him a really bad hand.

A lot of people have pointed out that MacCready has bad teeth. Whatever. Everyone in the wasteland would have bad teeth, B.O., and stank ass. They’re wiping with 200-year-old copies of the Boston Bugle and there’s not a lot of indoor plumbing.

When I finished the Last Voyage of the U.S.S. Constitution quest, MacCready and I watched the airship triumphantly sail away… and crash on another building. He laughed and said, “Oh, yeah, it looks MUCH better over there!” and I was smitten. Sarcasm will get me every time.

“I know I tend to be arrogant and I come off like I want to be alone. Nothing could be further from the truth. Being alone scares the heck out of me.”
– Robert Josesph MacCready

I can relate to this completely. Plus, he stays out of my way and knows how to handle shit hitting the fan. (Sorry, Preston, I can’t forgive you for constantly shoving your musket in my face and that time you just stood there while six ghouls dog-piled on me in a stairwell.)

“I plan on walking this earth with you until the day I die.”
– Robert Josesph MacCready

Sounds like a marriage proposal to me. So, I removed my old wedding ring and have started referring to my character as Fiona MacCready. I like to imagine that our wedding’s officiated by Hancock at the Castle and broadcast over Freedom Radio. Let the whole Commonwealth know that the General’s hitched to the skinny, smartass sniper.