Dishonored DLC shines like a rune in the void 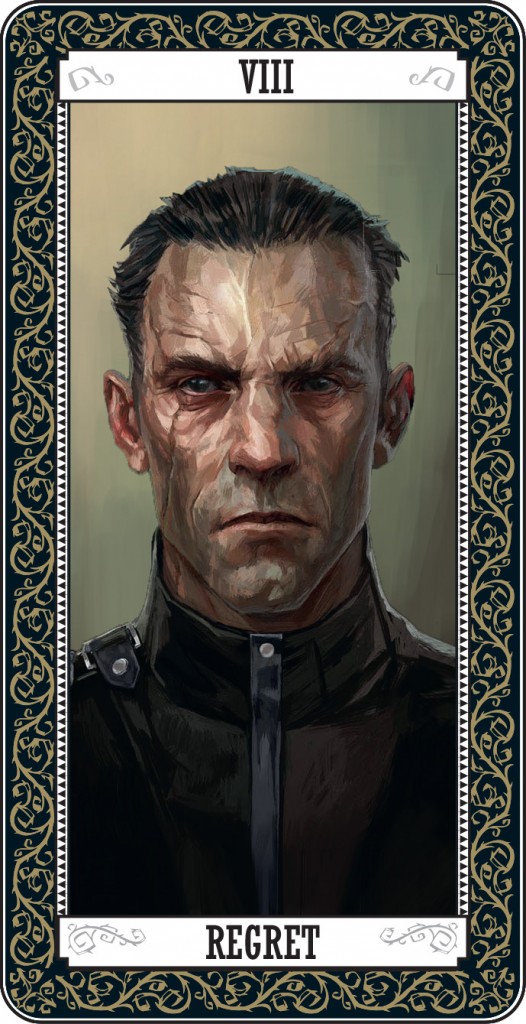 I played Dishonored last month and enjoyed it enough to buy The Knife of Dunwall and The Brigmore Witches downloadable content (aka DLC). Together, these add six more chapters to the Dishonored storyline.

Read my thoughts on DISHONORED here

The DLCs are not sequels or prequels but run parallel to the events in Dishonored. Players take on the role of professional assassin Daud rather than Corvo Attano, the royal protector turned vigilante and hero of the original game.

Kudos to the developers for designing two add-ons that could be played alone or together for a larger, more intricate story that supplements Corvo’s journey — or Corvo’s story supplements Daud’s, depending on how you want to look at it. With new enemies, new characters, new locations and some familiar locations revisited, new powers added and others removed, the DLC felt like a perfect extension of Dishonored, with the same freedom to roam, variety of options and excellent game mechanics, but with enough difference to make it interesting.

By the Outsider’s eyes, I enjoyed the hell out of this DLC. I liked Dishonored but I loved The Knife of Dunwall and Brigmore Witches. I’ve never teared up at the end of a video game before. Immediately following the final cutscene, you could have easily talked me into getting the Outsider’s mark tattooed on the back of my hand. I sincerely hope this is the beginning of a franchise. 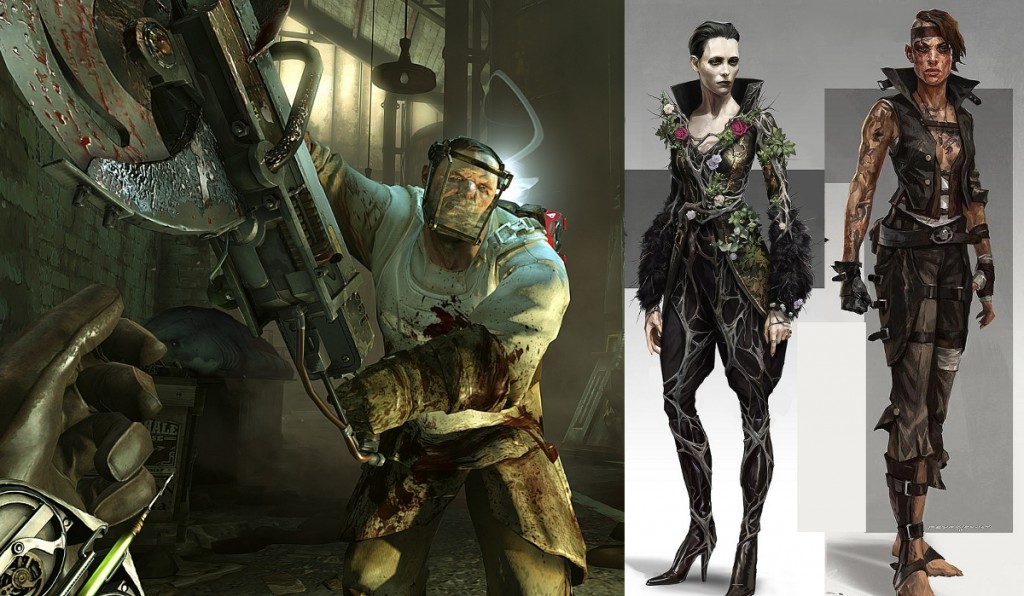 From the butchers to the bitches, I want to cosplay just about every character in this badass game.

Corvo had the quest one might expect of mainstream entertainment: Rescue a girl and/or avenge a woman, and preserve an empire in the process. His story is a basic one of male ego, revenge, punishment, and restoration of honor. Or, in even more simplistic terms: Save the world because women. That these women turned out to be “his” — a daughter and a lover — made the story even more banal.

Daud took a more personal — and unusual — journey of redemption and revelation, via a whale slaughterhouse beset with workers threatening to unionize, a gang turf war in the garment district, harassment from religious zealots, and some Wiccans gone wild. 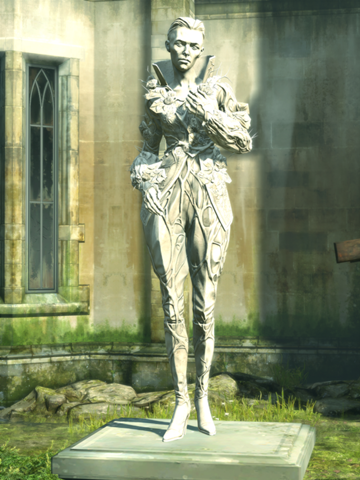 This would make another great cosplay.

I’m curious if the DLC content was originally intended to be the Dishonored storyline, but somebody somewhere in Bethesda said, “We can’t sell a game about an assassin who is friends with the devil, uses black magic and electrocutes whales. Come up with something else.” So they invented the slightly more noble and less weird Corvo, but ran out of money to pay a writer and a voice actor.

My biggest complaint with Dishonored had been that I never heard Corvo’s voice and felt like I didn’t know much about him. My own fault, maybe, for not reading all of the documents or for not making certain decisions in the game. But as a result, I didn’t really care all that much what happened to the Royal Protector Who Failed.

I loved being able to hear Daud converse with other characters or comment on the situations in which he found himself. I felt like I understood who he was and what he was doing, without reading every glowing book or convenient note. I know it’s just a game, but I believe that’s the difference between a good game and a great game — or a good book and a great book, or a good movie and a great movie. If you care about the characters, it means more.

A lot has been said, lately, about women in video games, and I’m going to say a little bit about that, too. Based on the Dishonored DLC and The Elder Scrolls V: Skyrim, I’d say Bethesda is doing better than most. I could have done without the fridging of the Empress in the main game, or the conspicuous brothel level, or the “non-lethal” solution to dealing with Lady Boyle being sex slavery.

Again, this is where the DLC excelled. In The Knife of Dunwall and The Brigmore Witches, women are gritty, flawed, complex leaders, villains, secret agents and equal partners in crime, not sex slaves, damsels in distress or pretty princesses on a pedestal to reward the hero at the end of his trials. 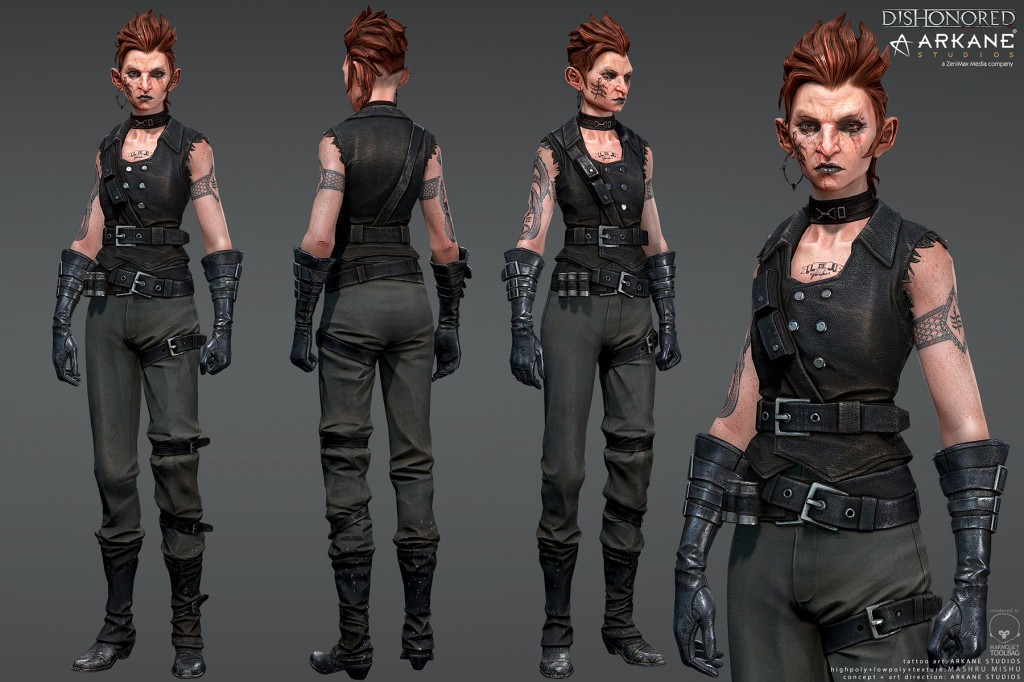 And they look fabulous. I want to dress like this IRL.