DISHONORED aka What Thief Should Have Been 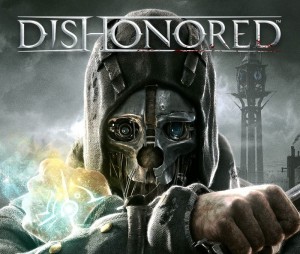 Read parts one and two of my thoughts on Thief

I recently finished Dishonored (in high chaos) and let me start by saying it was everything Thief should have been.

I played Thief first, despite being released about a year and a half after Dishonored. As similar as the two games are, considering that Dishonored makes no secret of being inspired by the Thief franchise, I couldn’t help making comparisons while I played.

Both games antagonize the player with a hostile City Watch. Both feature brothel levels, but considering how much writing, voice acting, motion capture and programming must have gone into Thief‘s House of Blossoms, compared to… er… the REST of the game… somebody at Eidos Montreal is a dirty little perv. Dishonored‘s bath house, the Golden Cat, seemed tame by comparison.

Thief had an asylum level, while Dishonored dropped the idea of a mental institution during development. Which is fine with me. In spite of all the rats, without an asylum Dishonored gave me significantly fewer heebie-jeebies than Thief (or Bioshock). And that’s saying a lot, because I hate rats. 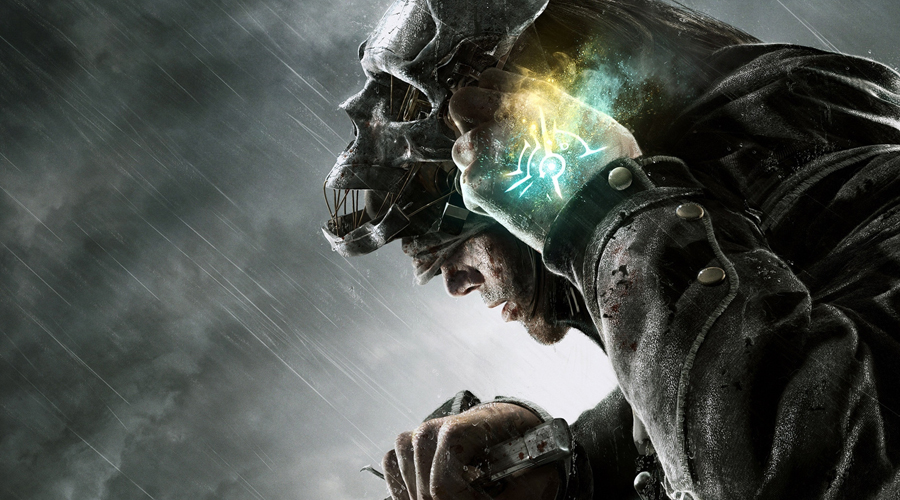 Dishonored never felt boring or repetitive. Well, ok, maybe a wee bit, after the 20th time the guards talked about having “whiskey and cigars tonight.” But it was still 800 times less often than I had to hear about “rolling Polly Adler” while playing Thief. At least I didn’t feel like I spent half the game watching a pair of hands pry open windows, pick locks and grope picture frames.

In Dishonored, the mix of conversation and ambient noises sounded natural. The layout of the city and the various missions didn’t feel restrictive nor confusing. I never once threw the PS3 controller across the room out of frustration with awkward game mechanics. The large-handed, tiny-headed characters were a bit odd, but overall the graphics were lovely. The sun did frequently shine upon Dunwall. Not that I ever had a problem with Thief‘s color palette of gray, dark gray, light gray, slate, ash, charcoal, taupe and olive for it’s cramped city of… The City.

Dishonored was fun. It felt comfortable to play. Though constrained by the parameters of each level, I didn’t feel as restricted as I did playing Thief (or even Hitman, which I never finished). The world of Dishonored felt so rich and fully interactive, I rarely bumped up against the edges or broke immersion. I enjoyed seeing how my choices would affect the progression of the game, how characters reacted to me, and how the final scenes played out. I liked having a range of weapons, intriguing supernatural powers, and useful gadgets. The tools really opened up the game, allowing new and unusual ways to solve problems and experience the missions. Unlike Thief, where I felt as if I struggled to succeed in spite of the tools at Garrett’s disposal and my actions had little real impact on the course of the adventure. 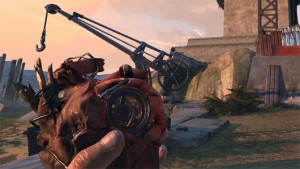 My biggest complaint about Dishonored is that I didn’t care enough about the main character, Corvo Attano, bodyguard to the Empress. Yes, it’s a first-person game, so all we see of him are his hands and the inside of his mask. But Thief was a first-person game, too, and we still saw Garrett in cutscenes, and heard his voice in his thoughts. I felt closer to the clockwork heart in Corvo’s hand, who whispered her plaintive secrets.

I liked Garrett right from the start, and I’ll be honest: He’s sexy. I really didn’t “get” Corvo until late in the game, when certain key pieces of information were revealed (or implied). Perhaps it’s my own fault for not paying attention nor reading every book and note, but I wished I’d known more about Corvo, Emily and the Empress much earlier. It would have changed some of my decisions, but more than that I might have felt more invested in the outcome and engaged by the story.

I plan to play Dishonored again, with the DLC. I can’t say the same for Thief.