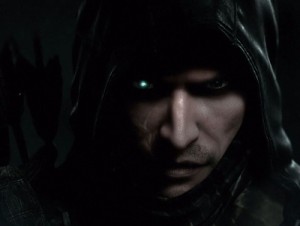 A few weeks ago I rented THIEF from Redbox and wrote a review based on a few hours of PS3 gameplay. At the time, I thought I was about halfway through, since the main storyline was divided into eight chapters and I’d played up to chapter four.

I rented it again to finish the game and, surprise, there’s also a bunch of side missions. With those and the main story, I ended up spending $12 in total rental fees at $2 a day, though I could have wrapped it up for $6 without the distractions of work, kids, and a cold. I also suffered a setback from the mysterious April Fool’s Day Bug that caused me to lose some of my saved progress.

I still wasted way too much time bumping into things. Some doors had knobs, many did not. Some windows could be pried open, many could not. Some ledges could be climbed, others not so much. By the time I became familiar with my “focus” ability, the guards’ behavior and the City layout — with its convenient spills of white paint occasionally indicating where to go — the game was almost over. 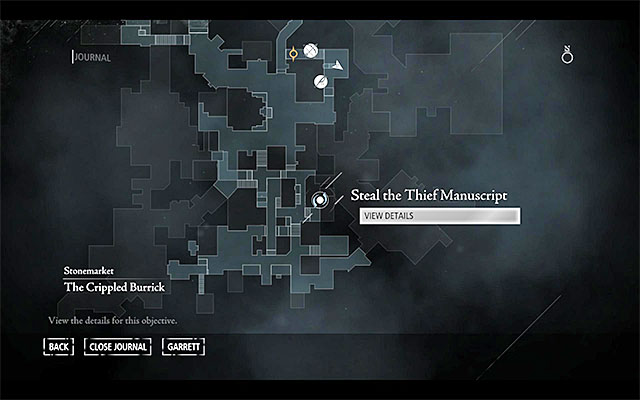 This is what passes for a map in THIEF. No streets labeled. No indication of where there are passable doors or windows instead of walls. In fact, I sometimes ran into walls where there were no walls drawn. Yay!

“At times, I caught glimpses of the good game that might have been,” said Kirk Hamilton, in his spot-on Kotaku review of THIEF’s disappointments. I hear ya, Kirk. I really, really wanted to love THIEF. I wanted to be all over this game, like cute on a kitten. It’s so many things I love — steampunk, stealth, supernatural, somber scenery, and a sleek, sexy, cynical protagonist.

THIEF felt like it wanted to be so much bigger. I wanted it to be bigger. (That’s what she said.) More characters, more missions, more parkour, more treasures, more puzzles, more chase sequences, more bearded burlesque ladies to rescue, more freedom to roam. I wanted the guards along Glimmer Lane to talk about more than rolling Polly Adler about 800 times.

ARRRGH! So many unanswered questions in what had the makings of an excellent story. Perhaps the answers were all there, I just didn’t find them. That I care so much certainly indicates that something in the story hooked me. I believe I could have loved this game the way I love Skyrim, but just didn’t quite get there. So heartbreaking.