Characters and curiosities at ConTemporal 2012 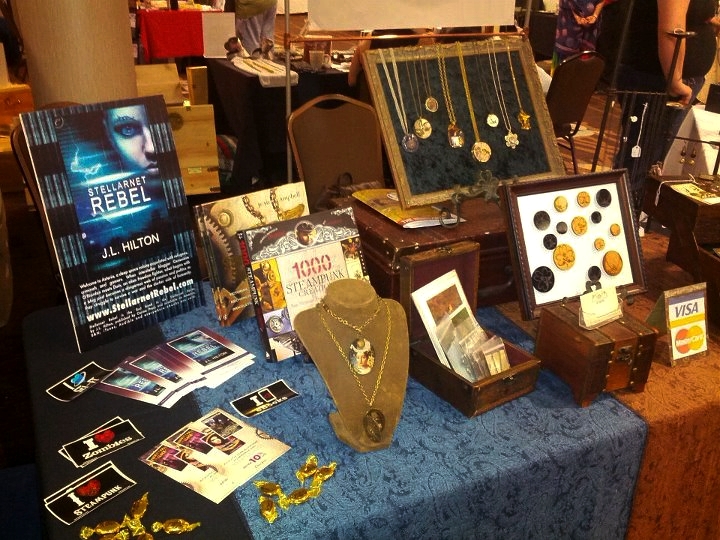 My table in the dealer’s room at ConTemporal 2012

I’ve returned from three days in Port Raleigh, otherwise known as ConTemporal, a new science fiction and steampunk convention in North Carolina. After doing Illogicon, StellarCon and ConCarolinas this year, I think ConTemporal might be my favorite. In part, because I really love steampunk, the Victorian Era and Wild West, but I also enjoyed myself because the staff, guests, vendors and attendees were so interesting and friendly. I had a fantastic time. It was not just a convention but an experience.

I sat on a steampunk accessories panel to discuss costuming, Victorian accoutrements and the necessity for tetanus shots and blue medical gloves if you’re going to start perusing flea markets and taking apart broken watches.

But I spent most of my time in the bazaar, selling my handmade wares and talking up my Stellarnet books. Being a very steampunky event, there wasn’t much interest in my cyberpunk novels, but I did give away several of my publisher’s “I (heart) Steampunk” stickers and a few of their steampunk promo postcards.

I met David Lee, the principal artist of Hatton Cross Steampunk: Fine Accoutrements & Contraptions of False Perception. His steampunk art has been featured at the “Steampunk Bizzare Exhibit” with Dr. Grymm in the Mark Twain Museum in Hartford CT and has been exhibited in various steampunk conventions on the east coast. His “Gentleman’s Flying Apparatus” aka “The Morgan Aeronautical Destroyer of Satan’s Arrogance” has been nominated for “Best non-goggle accessory” in the Steampunk Chronicle’s Readers Choice Awards. 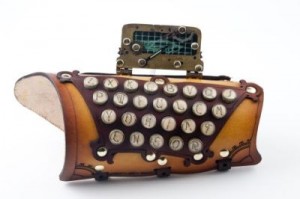 Penny Dreadful Productions and Steampunk Boba Fett were there, and you haven’t seen anything until you’ve seen a steampunk Star Wars character drive a power chair modded into a time machine. Surreal.

Brute Force Studios sold leather goods, including what looks like a steampunk version of the Net bracers in my books. Thomas Willeford (aka Lord Archibald “Feathers” Featherstone) and his products have been featured on television (MTV, BBC, “Castle”, “Oddities”), online (Wired, BoingBoing, Popular Mechanics, Playboy TV), and in several print publications. 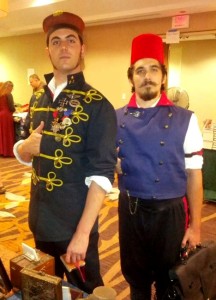 Ziggy and Einstein of the Imperial Anti-Piracy Squadron

The Imperial Anti-Piracy Squadron, a multinational force comprised of a Zeppelin wing and a company of Sky Hussars, were on hand to protect us from any thieving airship buccaneers. I met the charming Graf Georg Wilhelm Heinrich August von Ziger, or “Ziggy,” the Captain of the SMS Halcyon zeppelin, and his on-board battle surgeon/OB-GYN Oberleutnant Hermann Einstein. Einstein is renowned for both his aptitude at healing battle-wounds and his self-alleged gynecological specialty: The treatment of hysteria by manual massage.

I chatted with author, artist and Hugo-award winner Kaja Foglio, co-writer and illustrator of the Girl Genius comics and novels and artist for over fifty Magic: the Gathering cards.

There are some more pics below, but this blog post this doesn’t even begin to cover the number of amazing characters and curiosities of this convention. I can’t wait for next year! 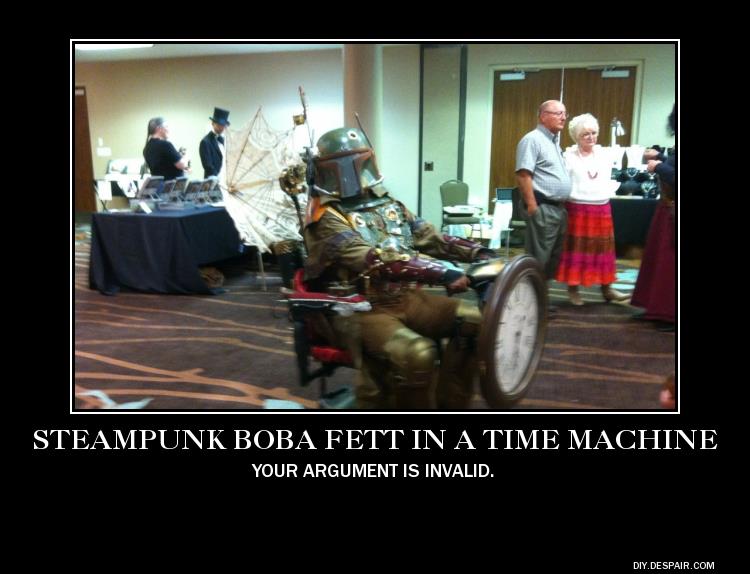 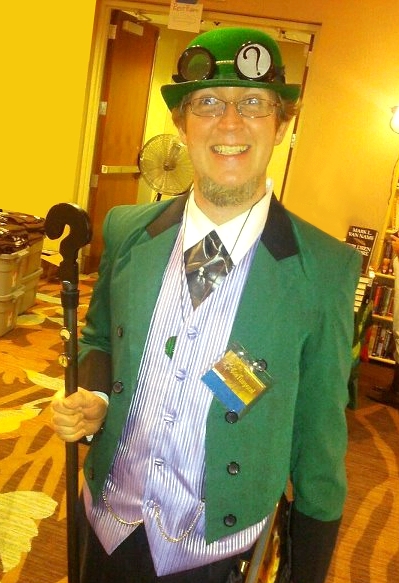 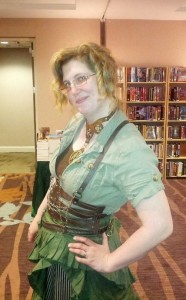 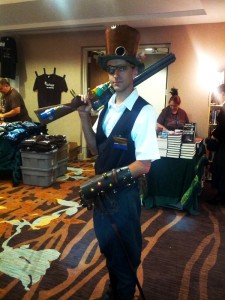 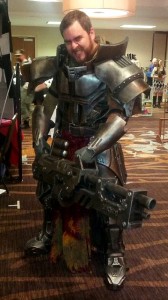 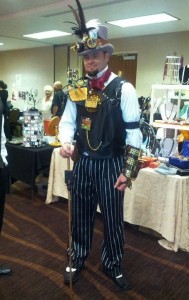 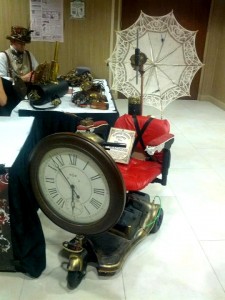 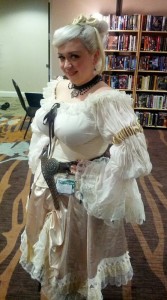 One Response to Characters and curiosities at ConTemporal 2012