The roots of STELLARNET REBEL 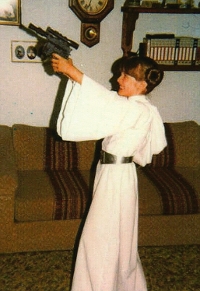 I grew up with science fiction and fantasy. As a kid, I saw Star Wars in theaters in 1977, wrote fan letters to Gil Gerard and memorized the Buck Rogers theme song. I played with Star Wars action figures and Battlestar Galactica toys when other girls played with Barbies.

As a teen, I read my dad’s Heinlein books, Dune novels, Omni and Twilight Zone magazines. At Thanksgiving, the annual Twilight Zone marathon held more interest for me than turkey. I bought the Ol’ Yellow Eyes is Back CD by Brent Spiner when I was in college.

Now, I’m a Browncoat who started a Can’t Stop the Serenity charity screening in my hometown, I still think Data and Worf are mad sexy, and G’Kar is my favorite fictional character.

But before Stellarnet Rebel, I usually wrote fantasy. I played a lot of Dungeons & Dragons, and published my first short story “The Visitor” in Dragon Magazine in 1989. Twenty years later, my novelette Wren & Wood: Oak Moon won the 2009 Andrew Britton short story competition. That’s a huge span of time in between, during which I worked as a newspaper reporter, editor and columnist, and a professional jewelry designer. 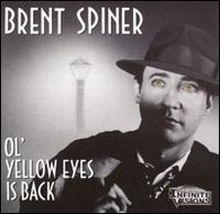 I never felt motivated to write a novel, until one day in May 2009 when I woke up from an unusual dream about a news blogger and an alien rebel. That conversation appears in the novel almost exactly as it appeared in my head during that very first dream.

When I dreamed of Duin and Genny, a lot of things were going on in my life. I’d just finished re-watching Babylon 5 and started watching the BBC’s Robin Hood. I’d discovered a new favorite costume drama, North and South, based on the book by Elizabeth Gaskell. I’d donated 60 pairs of handmade Browncoat earrings to the Can’t Stop the Serenity worldwide fundraiser. I’d been listening to a lot of traditional Irish music and the Les Miserables London cast album.

All of these tv shows, movies and music had three themes in common: Love, social commentary, and the struggle for freedom. Stellarnet Rebel has these same themes, as well.

3) Alex Steffen and Worldchanging.com, particularly the article “Science Fiction, Futurism and the Failure of the Will to Imagine.”

It was important to me that Stellarnet Rebel was neither utopian (like Star Trek) nor dystopian (like most cyberpunk), nor alternate reality (like steampunk). The future in Stellarnet Rebel is extrapolated from current trends as (I hope) a relatively plausible future both grand and distressing, and a realistic — not just futuristic — backdrop for a compelling, character-driven story.

Dreams, music, technology, history, visionaries, video games, and a lifetime of experiences all came together to become Stellarnet Rebel, my first published novel.