Cogs and Captains at Contemporal 2013 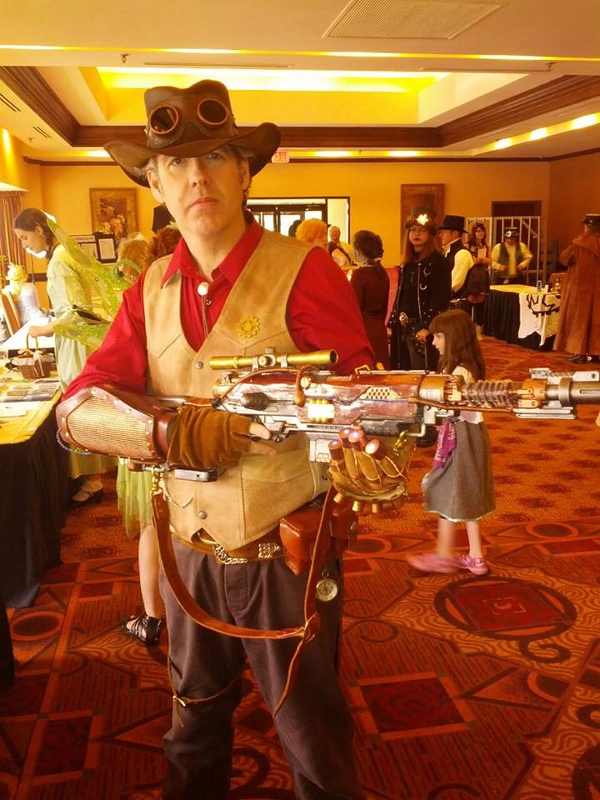 Not Voltaire, just a Scottish guy with a kickass costume

I had a great time this weekend at ConTemporal, the 2nd annual steampunk convention in North Carolina.

And I love costumes, but the highlight for me was meeting musician, artist, author, Dr. Strange impersonator, and award-winning stop-action animator Aurelio Voltaire. I had the opportunity to chat with him a few times, attend his musical performance and see his stop-action animation presentation. Here are a few of his songs I heard Friday night:

As a panelist at the convention, I discussed the active NC SF/F community with fellow authors James Maxey, Tonia Brown Jeremy Whitley and Allen Wold. Then Mr. Maxey and I joined Steven S. Long, RPG author with Hero Games, to discuss nostalgia, futurists, visionaries, science, space opera, cyberpunk, steampunk and SF. Possibly one of the best panels I’ve ever been on, unfortunately we only had four audience members to witness the awesomeness. 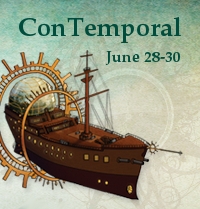 As a moderator, I led a discussion about podcasting with Tee Morris, co-author of Podcasting for Dummies, and Philippa Ballantine — they are the married duo behind the Ministry of Peculiar Occurances — along with Dave Foland of the Nympho Bikini Cruise podcast and Pizzula comic book.

Then I joined Matthew Penick of Ribbons and Rivets (who made me a replica of the Skyrim apothecary satchel earlier this year) and Kirsten Vaughan to talk about costuming on a budget and tips for steampunk costuming. The room filled for this one, possibly the largest audience I’ve had for any convention panel in which I’ve participated.

ConTemporal featured a Mad Hatter tea room, Makers Expo hall of contraptions, and a Bizarre Bazaar. I spent some time with my friends in the Charlotte Geeks, who were there to promote their Geek Gala coming up in October, and my daughter got to do a Teen Writers Workshop with YA steampunk author Jean Claude Bemis.

Here are a few tintypes from the event… 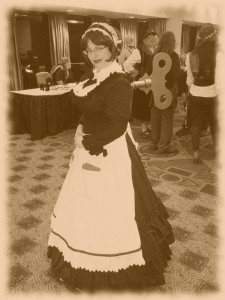 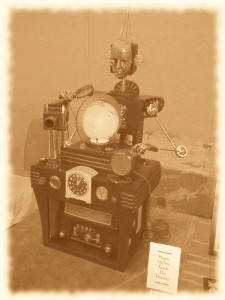 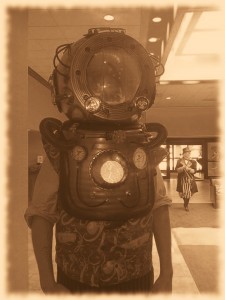 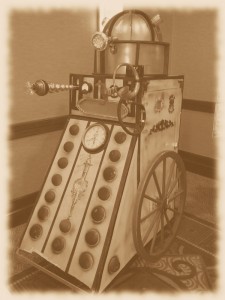 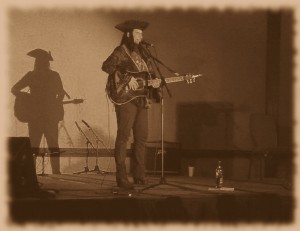 Looking forward to next year!

This entry was posted in Conventions & events, News, On writing..., Science Fiction, Steampunk and tagged ConTemporal, Doctor Who, steampunk, Voltaire. Bookmark the permalink.