This post originally appeared on my publisher’s blog at CarinaPress.com on November 13, 2012, the release day of Stellarnet Prince.

My in-laws gifted my 8-year-old daughter her own digital camera and her bedroom is now a sound stage, complete with a “Quiet I’m filming” sign on the door. She’s made several movies starring her dolls. Most of these independent films revolve around Barbie’s rockstar career and/or Barbie’s trip to the mall. I don’t know how I birthed a mallrat. I’d rather go to the dentist than the mall. I’ve never liked Barbies in my life (those were another gift from her grandparents). Oh, and, in case you hadn’t guessed, I’m not a rockstar, either.

But I do have some strange qualities in common with my offspring. We both loved to spin in circles until we fell over, whirly drunk, when we were 5. At age 6, we would lay upside down on the couch, hanging our heads off of the edge of the seat, and pretend to walk on the ceiling. We still believed in Santa and the Tooth Fairy at age 7, no matter what anyone said.

A few months ago, peanut asked me to edit her latest cinematic masterpiece and share it with her Facebook audience – her dad, the aforementioned grandparents and a few aunts and uncles. I popped the SD card into my laptop and began viewing.

She opened with an overhead crane shot of a naked Ken doll riding a “ferry” (box) and finding a sword and some “clothing” — one of her socks, tied around his lower half. Thus girt in trusty sock kilt, he hied hence to a “town,” (box) where he parked himself in front of Barbie’s “house” (another box) and started begging for money on her porch steps.

“Oh, hello,” said Barbie, in my daughter’s girliest of girly voices, which is pretty dang girly, considering that she’s an 8-year-old girl. Barbie conversed with the scraggly-haired Ken, whose very visible plastic package peeked out from beneath his ill-fitting sock kilt, reminding me of a vagrant I encountered once upon a time in a Los Angeles toy store. One of us had been going “commando” in a pair of Daisy Duke shorts at the time, and it wasn’t me.

I stopped the movie. “No. No. Just. No.” And then, as gently as possible, I instructed her about the ills of talking to strange men who beg for change while half dressed on one’s porch.

“It doesn’t matter. Barbie doesn’t know that. All she knows is that she’s got a bum in a sock kilt darkening her doorway, singing a Jem song from 1986. If you ever see anyone like that in real life, you call the police. You don’t say hello. We’re not going to finish this video. Please, honey, make a different story.”

Spurned by her studio executive like so many directors before her, my child returned to her room. Meanwhile, I returned to the final edit of my latest novel, Stellarnet Prince. and the following scene:

Belloc tossed shirts into an open case. Duin entered the bedroom and eyed the stack of crates beside the closet. “Do all of these contain clothes?”

“Some have shoes or musical instruments. I haven’t packed the pillows and blankets, yet.”

“When I met you, you were barefoot with one shitty wallump suit.”

“Thanks. My mother made that suit.”

“When you were what, eight rain seasons? The pants hardly covered your knees, and the shirt didn’t close in the front. You, bugloim, were a ragamuffin.”

Duin was right. Less than a year ago, Belloc didn’t understand why J’ni would buy more than one dress. When he left Meglin, everything he had would fit in a single sack. Now, he had a closet full of clothes.

“But J’ni loved me anyway.” 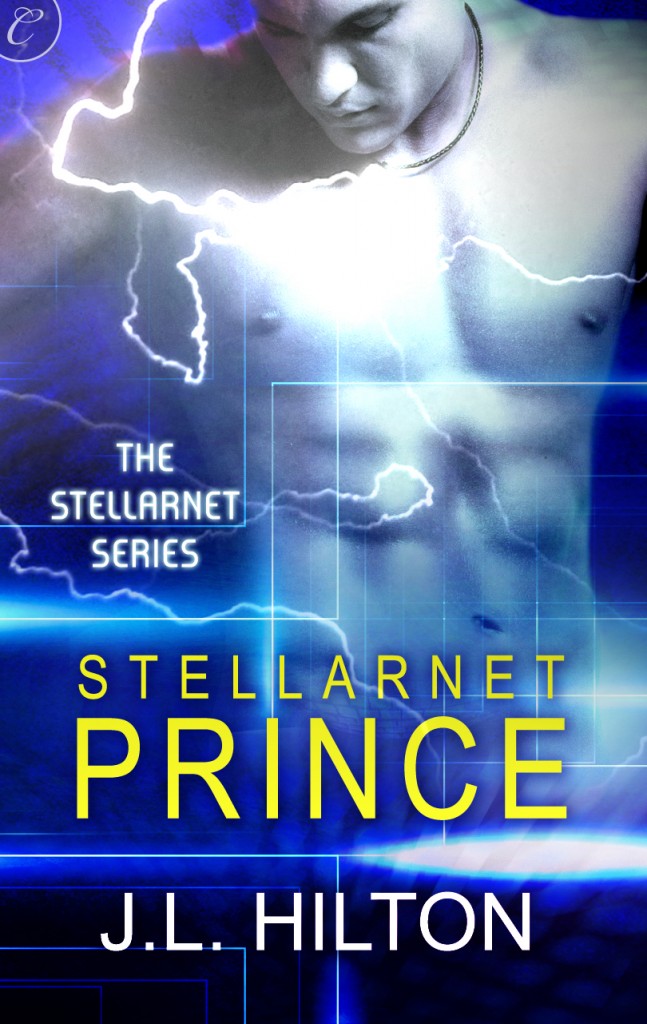 In the first book of the series, Stellarnet Rebel, Belloc sat in the heroine’s doorway and played music on a flute. She’d saved his life, and Belloc had no family and no where else to go.

And that’s the kind of weird thing. My daughter doesn’t know anything about my books, other than the fact that I’ve written them. But I guess the acorn really doesn’t fall far from the tree. Who knew that an attraction to musical diamonds-in-the-rough on one’s porch was a genetic trait?

I’m still telling her not to talk to strangers… unless they’re hot sapphire-skinned alien strangers who are built like Michael Phelps. Maybe then.