Today I sampled a 2016 retro sci-fi game called THE DEADLY TOWER OF MONSTERS that pays humorous tribute to such classics as King Kong, Flash Gordon, Planet of the Apes, Forbidden Planet, and the stop-action animation of Ray Harryhausen.

This top-down shooter plays like a 1970s B-movie that’s been re-released on DVD. A “director’s commentary” offers gameplay narration that lampoons video game and sci-fi cliches, while we “watch” (play) the adventures of space explorer Dick Starspeed and the mysterious Scarlet Nova. 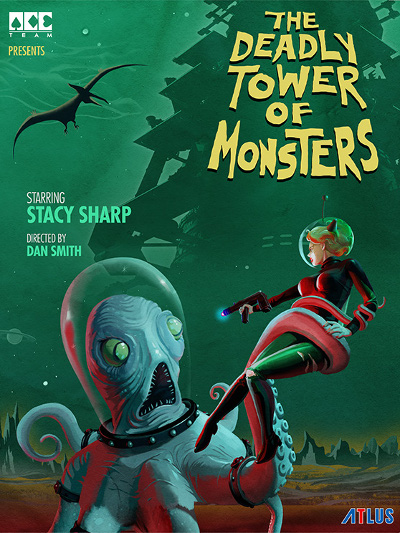 I’m not usually a fan of isometric button-mashers, but as someone who grew up with science fiction movies and who writes science fiction, I loved this game.