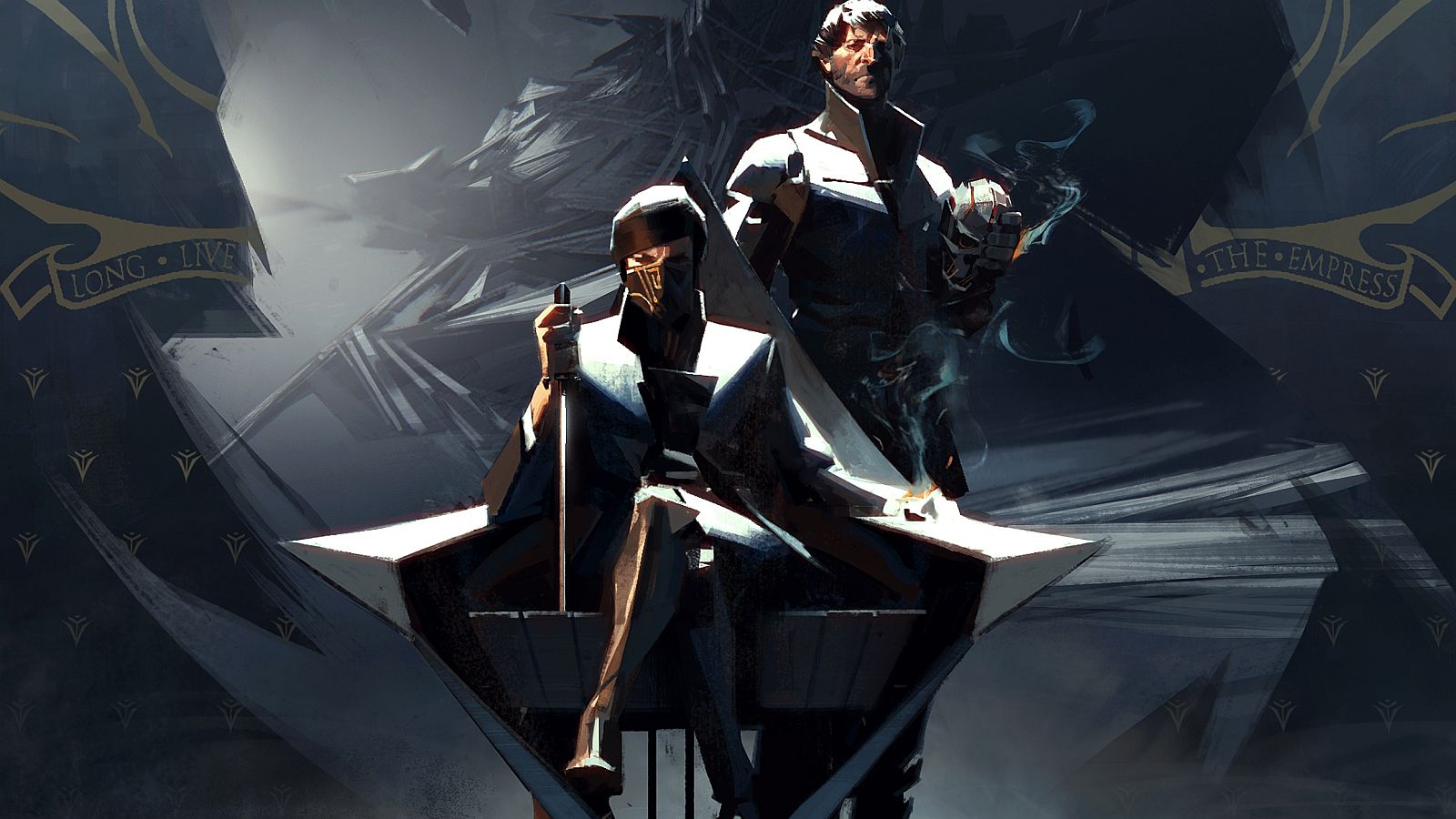 In August, I finally played DISHONORED 2, the 2016 sequel to the 2012 title, developed by Arkane Studios and published by Bethesda Softworks. I live-streamed my entire playthrough, which is archived on my Youtube channel.

I chose to play as Empress Emily Kaldwin, rather than her father, Royal Protector Corvo Attano, the protagonist of the first Dishonored. High chaos, all the way, which meant less stealth, more killing, and many, many more bloodflies.

I enjoyed the original game and absolutely loved add-ons Knife of Dunwall and Brigmore Witches. Given the return of Delilah as Emily’s antagonist (or aunt-agonist?), and the upcoming return of Billie Lurk and Daud in the standalone Death of the Outsider, those “add-ons” should have been considered the sequel, and DISHONORED 2 should really be Dishonored 3.

I love the Dishonored franchise and DISHONORED 2 is not a bad video game, in general, but for me it fell a little flat.

I imagine it’s incredibly difficult to design a game that may be played with — or without — a plethora of possible power combinations, so my hat is off to the folks at Arkane Studios for their hard work. But I had a really tough time getting into this game and almost ditched it after the second level (or third level, if you count the tutorial), if not for my viewers promising it would improve.

It did get better, though the levels still felt uneven and lacked a sense of progression from “engaging and instructive” to “intense and challenging.” DISHONORED 2 was all over the place. Too short, too long, too difficult, too boring, too little, too much.

Lots and lots of bath salts. It became such a running joke that I did a bath salts giveaway for my viewers.

I felt kinda “meh” about Corvo in Dishonored, but I downright disliked grown Emily. So disappointing, after all she’d been through as a child, to see her become an indifferent ruler, smoking a hookah with her secret lover, self-absorbed as any other noble in Dunwall or Karnaca. Her desire to retake the throne seemed, to me, to have nothing to do with concern for her subjects and everything to do with entitlement. Abuse of power is one of the main themes of the franchise, after all, but it might have been nice to see more growth, as a person and as an empress, throughout the course of the game.

Favorite mission: “A Crack in the Slab.” Returning to the present, after altering time, to see Stilton Manor, Meagan with her arm again, and the Dust District a better place for the miners.

Least favorite mission: “Death to the Empress.” After learning so much about Delilah, I didn’t want to kill her, but the nonlethal option seemed to be glitched, so I had to kill her to end the game.

Despite everything, I don’t regret playing DISHONORED 2. I’m looking forward to the next game, Death of the Outsider.