Skyrim shenanigans and Game of Thrones geekery, plus interviews with some really cool people

It’s been a few months since my last update, and in that time I’ve attended the Geek Gala, taken my family to Disney World, suffered a long spell of bronchitis, and dealt with Halloween, Thanksgiving, Christmas, New Year and Valentine’s Day. 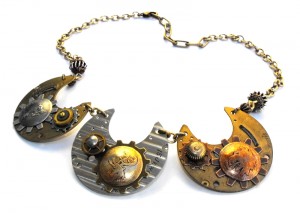 I am still working on the third book in the Stellarnet Series, tentative title Stellarnet Mother, but haven’t had much time to write. Or, to be accurate, haven’t made much time to write, because I have a day job and writing in addition to that would mean shutting out my family and friends, giving up jewelry, not seeing any movies or TV shows, not doing any volunteer work, not going to any cool stuff like a Tim Burton burlesque show, not playing Skyrim (essential as breathing) and not sleeping. Basically, the way I spent 2012, the year I wrote and edited Stellarnet Prince. It took a toll on my mental and physical health, and I’m not going to do that again.

In manageable, bite-sized increments, I’ve done a little writing for CharlotteGeeks.com, wherein I interviewed Jeremy Whitley about his new My Little Pony comic and sexism in SF/F, Richard Dansky about video game writing and his favorite monsters, and William Harms about his new Shotgun Wedding comic and the best weapons for zombie defense. 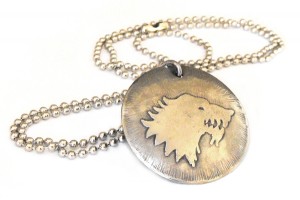 I’ve indulged in some fandom, making a Stark direwolf sigil, drawn by hand and acid-etched, polished and hammered on my little jeweler’s anvil. I also made a necklace (above) inspired by the Game of Thrones TV intro, something I’ve been wanting to do since I saw the first episode and the clockwork map.

I bought a new gaming PC so I could play all of The Elder Scrolls games. For fun, I performed a little digital magic and made fan art of Teldryn Sero, the “best swordsman in all Morrowind… for the right price.” Then I made some Honningbrew Mead jewelry inspired by the doomed brewery in Whiterun. 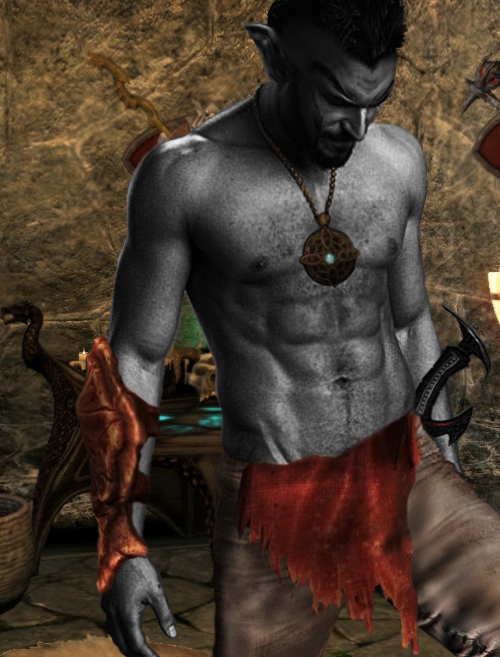 I have an unholy obsession with dark elves… 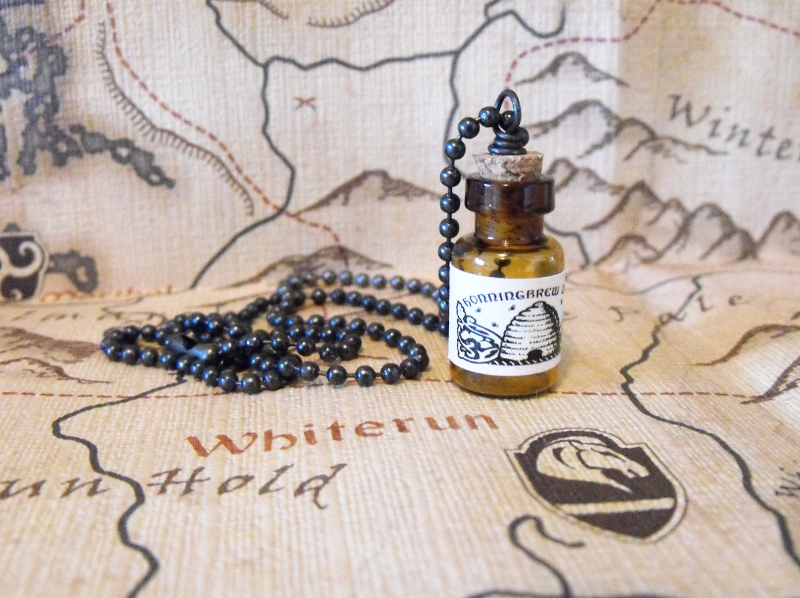 What’ve you been up to?