We live in the world we imagined 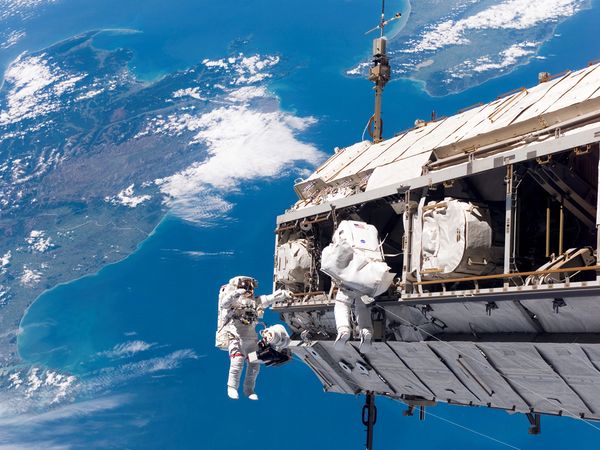 Actual picture of a REAL freaking space station with REAL human beings in REAL space suits, above the actual freaking Earth. How much would this blow Johannes Kepler’s mind? Photo courtesy of NASA.

The Buzzfeed article “27 Science Fictions That Became Science Facts In 2012” illustrates a topic I’ve written about before: The future is now.

When German mathematician and astronomer Johannes Kepler wrote Somnium in the 1600s, he offered a detailed description of how the earth might look to a person on the moon. And now, we know. 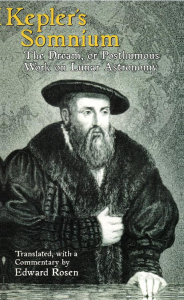 Jonathan Swift made reference to the moons of Mars, detailing fairly accurate descriptions of their orbits in his book Gulliver’s Travels, published in 1726. That was about 150 years before their discovery by Asaph Hall in 1877. Now, at this very moment, we have an honest-to-goodness wired and wheeled robot exploring the actual surface of Mars.

Mary Shelley’s Frankenstein, published in 1818, gave us the archetypal mad scientist experimenting with advanced technology. As the Buzzfeed article notes, we have “mad” scientists creating artificial robotic limbs controlled by the mind, building chimera monkeys from multiple embryos, and implanting light-sensitive microchips in humans to give them sight.

In 1869, Edward Everett Hale published the first installment of “The Brick Moon,” a short story serial in The Atlantic Monthly. It contained the first known fictional depiction of an artificial satellite. Now, Earth has a real, functioning International Space Station.

Martians used a “heat-ray” in H.G. Wells’ 1898 War of the Worlds. Arthur C. Clarke wrote about particle beam weapons in his 1955 novel Earthlight. Lasers became a reality in the 1960s and in April of this year, the U.S. Navy successfully demonstrated its new Laser Weapon System (LAWS). 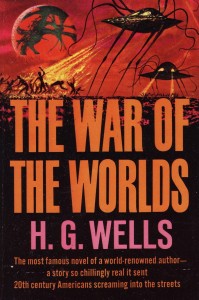 How about 1984? Amazon sales of Orwell’s 1949 dystopian classic have increased 5,771% since news of the National Security Administration (NSA) PRISM program in the United States.

SF authors no longer need invent impossible technologies nor imagine wondrous — or terrible — futures. We’re there. If we can dream it up for our novels, chances are some scientist or politician somewhere is already on it.

There are no fewer than 12 technological advances in that Buzzfeed article that also appear in my Stellarnet Series, which I began writing in 2009. I’ve got Net goggles, flexible electronic devices, super strong and “invisible” fabrics, doubled life expectancy, self-driving vehicles, and holodeck-style immersive gaming. And as for PRISM, a significant plot point in Stellarnet Prince is that the US government monitors every message and movement of my heroes, via the Internet (or Stellarnet, as its called in my version of 2062), and certain messages are intercepted and prevented from reaching them while they’re on Earth.

Our challenge as entertainers and visionaries now lies not as much with inventing technology but with portraying how it might be used for and against us, how it shapes the world we live in, and how it affects our humanity. That task is possibly the most sacred of literary undertakings, because…

The technologies all around us, running all through our bodies in advanced pharmaceuticals, and mediating our ability to communicate in vast webs of electronic abstraction are the proof that science fiction is the Word of the Cosmos, to be adored, studied, and yet unlike other “Words,” challenged and built upon.  Science alone tells us the What but cannot by itself feed the yearning soul to seek new horizons, because its numbers and statistics are hard to translate into the human-level stories that connect with us on our most basic levels.

For that, there must be storytellers to reveal the universe by revealing the people in it traveling Roads Less Taken, living in future worlds where the right or the wrong choices have been made (or somewhere in between).

Scientists and engineers are humanity’s true leaders, not the ciphers in flag lapel pins haunting the halls of government or the monied parasites who own them from their yachts and private islands… science fiction authors are humanity’s true prophets and priests, its conscience in metaphor where it has not yet manifested openly. (Troubadour)

It’s no longer enough to write about lasers and robots. We have them, now. We need science fiction that explores love, war, sex, religion, oppression, friendship, family, racism, loss, environmentalism, power and survival of the human spirit — in a world where everything we ever imagined comes true.