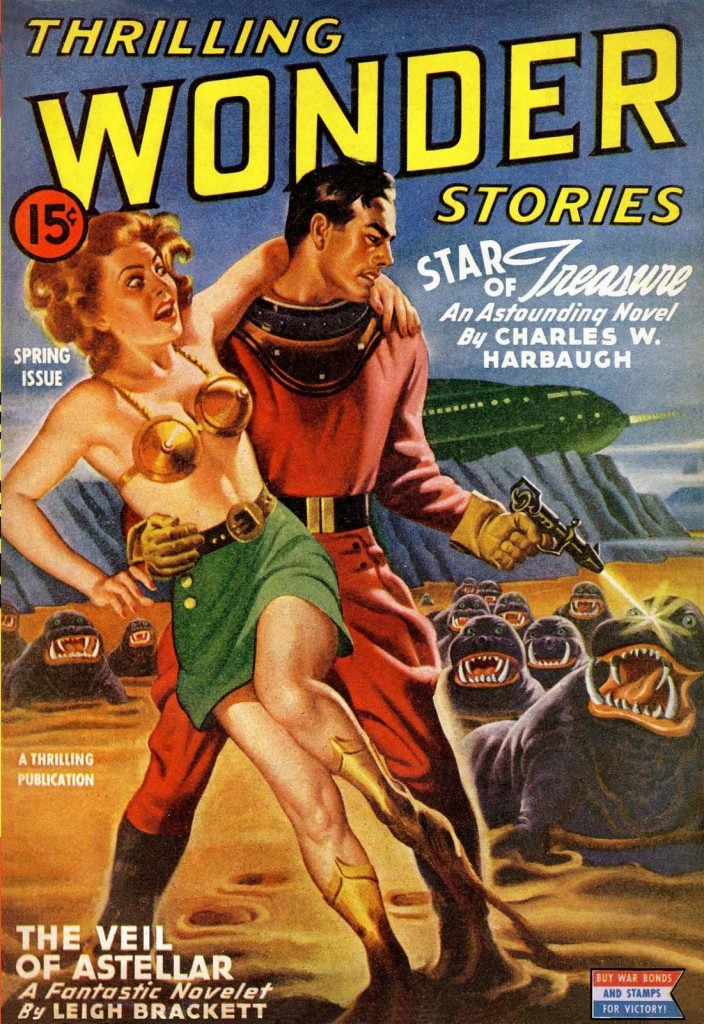 Science Fiction and Fantasy Writers of America (SFWA) appears to have some issues of sexism within its ranks. (More links here.) Then Stuart Sharp set off a bit of brouhaha when he disparaged the SFR genre. The blogosphere’s been busy, and the subjects of SFWA, Sharp and sexism have even reached the Huffington Post.

The conversation about women and SFF has been going on for awhile. I blogged about the subject when I published my debut novel Stellarnet Rebel in January 2012. Then I blogged a year later about Illogicon (a smallish SFF con) featuring a lot of discussion about misogyny, racism and homophobia in SFF. The Galaxy Express has been an advocate of SFR and women in SF for years, and Debra Doyle wrote about the Girl Cooties Theory of Genre Literature as applied to SFF, back in 2000.

I had the opportunity to experience a range of reactions to my science fiction novels at the Escapist Expo last year. I met people frustrated with the genre’s general lack of character development and over-reliance on violence and gadgetry. Others described how the term “romance” no longer meant bodice ripping and vapid heroines but was being applied to any novel written by a woman, with a strong female lead, in any genre. And I had a few men who saw the cover of Stellarnet Prince and said, “I don’t read chick books.”

One guy complained, “Why is it every time a woman writes a science fiction novel with a female main character, it has to have romance?” I suggested that it might be the same reason why every man who writes fiction with a male main character, the hero ends up getting laid or rescuing a woman with the explicit or implicit hope of getting laid. Two sides of a coin. 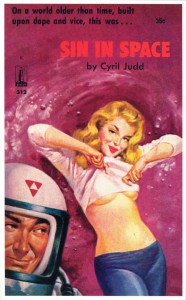 In October, I wrote a guest post for my publisher’s You Tell Us feature, on the topic of women and science fiction.

I’ve met many women who don’t read science fiction. They might enjoy supernatural, fantasy or historical romance. But anything with aliens, robots, space ships or lasers, don’t bother to beam them up, Scotty.

Reasons for their dislike include a lack of characters to whom they relate, pervasive misogyny in the genre, absence of emotional depth or romance, too much violence, and too many boring descriptions of aliens, machines and technology. … (more)

Stellarnet Rebel is repeatedly lauded by readers and reviewers for its world-building. It is not a story about ripped bodices and sweaty pecs. It does have a female protagonist and it does depict intimacy, in various forms and stages, affecting or affected by the events of the plots — no different than Star Trek, Firefly, Babylon 5, Star Wars and lots of other sci-fi going back at least to Forbidden Planet. Which, had it been a novel written from Altaira’s perspective, would have been snubbed as “sci-fi romance” too.

When it comes to SF and SFR, I’ve felt like a bit of an outcast, not really fitting into either category. The Stellarnet books are character driven and full of science, gadgets, action and technology. Some readers call it great SFR and others say its not a romance at all. Stellarnet Rebel was science fiction-y enough to be a finalist in the EPIC Award for Best SF ebook of 2012, and romance-y enough to win a SFR Galaxy Award for Best Non-Traditional Romance.

Prior to 2010, I hadn’t read any SFR novels, but I had read plenty of SF. Stellarnet Rebel was my attempt at writing the kind of science fiction I wanted to read — not just because it included an alien/human romance and a female protagonist, but because it included modern technology and social issues, in a future plausibly extrapolated from current trends (thus my publisher labeled it “cyberpunk,” but I think it’s better described as “post-cyberpunk, with aliens”).

I used to be a dues-paying associate member of SFWA, qualified by a short story published in Dragon magazine. However, because of an official prohibition against Harlequin and its imprints (my publisher Carina Press being one of them), and against the acceptance of books published without a minimum $2000 advance (regardless of royalties, subsequent sales, ratings, reviews or awards), I’ve not qualified for full membership. Based on this and the sexism issues, I declined renewal this month.