Pixels and pitches at Escapist Expo 2012

I shared a table with BULL SPEC at Escapist Expo 2012. The magazine is an active supporter of regional authors and artists. It’s been an enthusiastic friend of mine ever since I met the founder and publisher Sam Montgomery-Blinn at NASFiC in 2010.

I met game developers, authors, artists, college students, aspiring writers, bored parents, photographers, Minecraft characters, Escapist magazine magazine staff, and D20 girls. People came from all over the country, some even driving eight hours or more for a chance to meet Yahtzee Croshaw and play in the Gears of War 3 tournament. 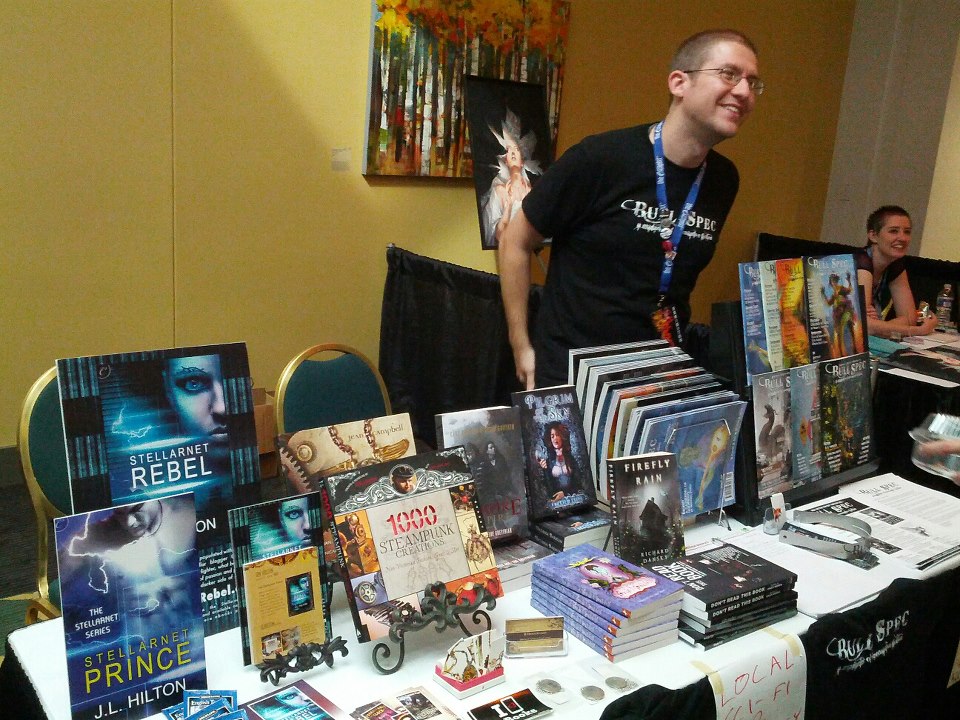 I attended the expo with Bull Spec publisher, Sam Montgomery-Blinn.

Escapist Expo was the first event where people asked if my books were available as ebooks and audio books, instead of asking why I wasn’t selling print copies. To be honest, it’s the first event I’ve done all year where people asked questions about the novels at all. At other conventions, the art books featuring my steampunk jewelry designs garnered a lot more attention. 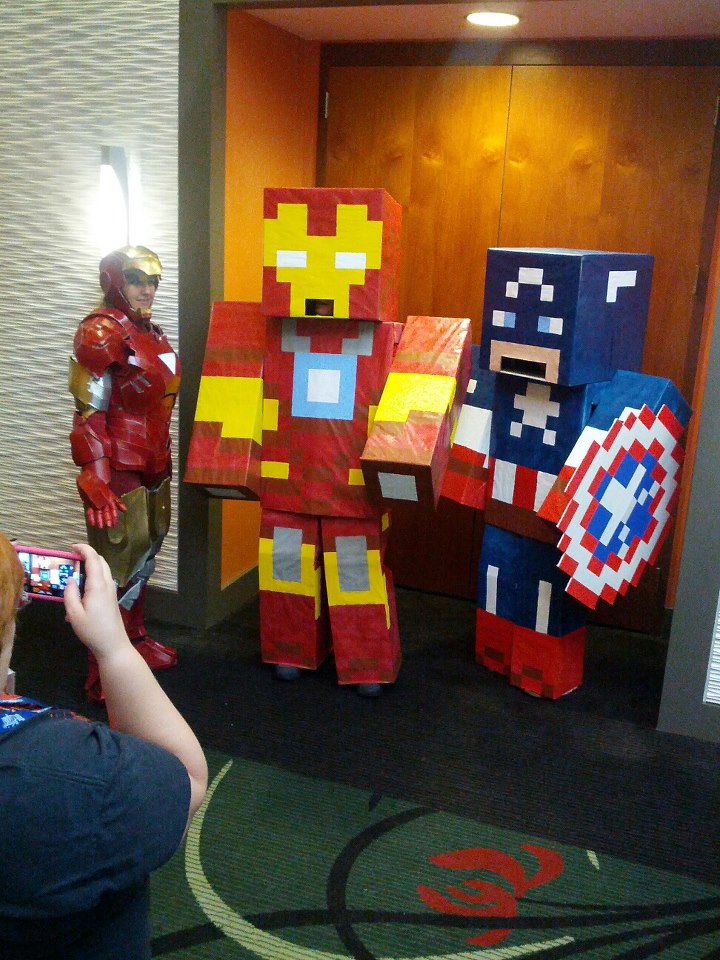 The expo was not just sci-fi or steampunk fans, but fellow gamers and technophiles. This was my audience. One woman even squeed and asked for my autograph. She already owned Stellarnet Rebel, and didn’t realize I was a local author.

Several people were excited to read cyberpunk. “There’s not enough of that genre,” said one person. I also heard, “I’m sick of vampires and steampunk.”

Another attendee described her discovery that “romance” no longer meant bodice-rippers with vapid heroines who aspire only to get married. To paraphrase her insightful words, “It seems as if any novel written by a woman, with a strong female lead, is automatically labeled a ‘romance,’ nowadays. Even if it’s fantasy, steampunk, or whatever. So, I’ve started reading a lot more ‘romances.'”

A few men noted the bare-chested Belloc on the cover of Stellarnet Prince and said, “I don’t read chick books.” One guy complained, “Why is it every time a woman writes a science fiction novel with a female main character, it has to have romance?” I asked why is it that every man who writes fiction with a male main character, the hero ends up getting laid? 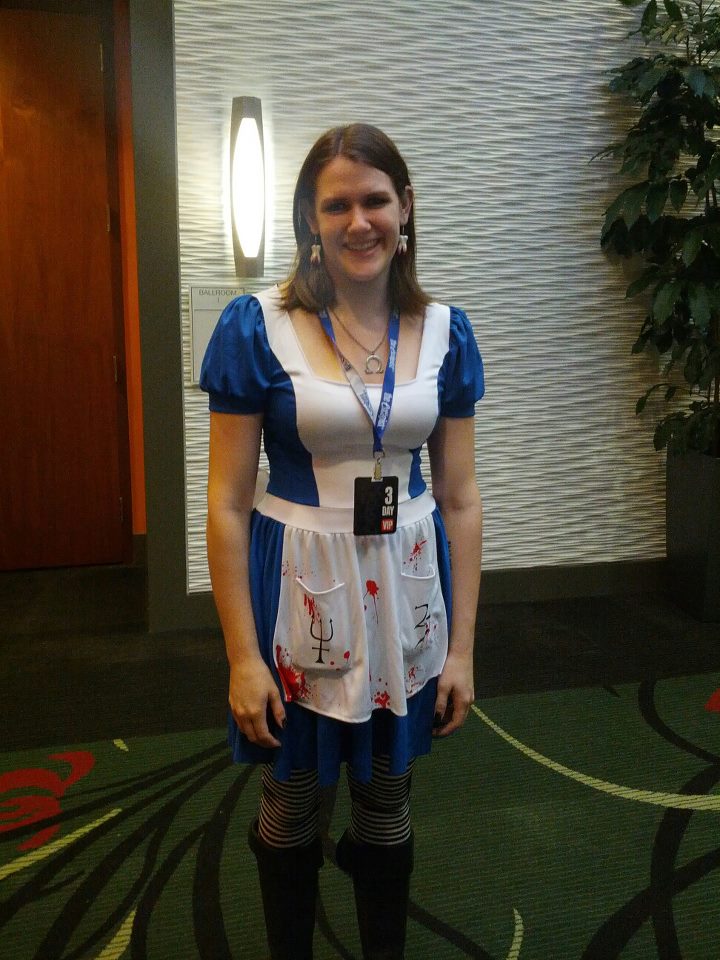 An awesome Alice costume from the Madness Returns video game. With teeth for earrings. Love it!

By 4pm Saturday, my energy was fizzling. When asked about my books, I mumbled, “It’s about a blogger and a rebel, with lots of sex, violence, and video games.”

“Did you say, ‘sex, violence and video games?'”

“That sounds great!” He took a promotional postcard.

Maybe I should start using that as my pitch?

One Response to Pixels and pitches at Escapist Expo 2012