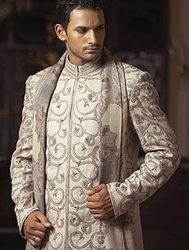 But it’s not a typical sci-fi story because I also happen to love fairy tales and romance. My influences were Beauty & the Beast, Victorian-era literature and tales of Camelot, as much as Firefly, Babylon 5 or V for Vendetta.

I faced several challenges while writing Stellarnet Prince. My characters visit Washington DC, so I went there myself for inspiration and accuracy. I also did a ton of research about the United Nations and diplomacy, watching Youtube videos of state visits and reading all about Blair House.

But wedding planning became my biggest challenge. I spent more time working out the details of my characters’ ceremony than I spent on my own wedding. I chose food, beverages, cake, flowers, a location and everything, just as if it were a real wedding. I wrote vows. I selected a wedding dress. I created a guest list. 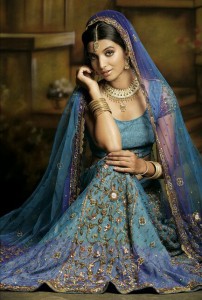 Here you’ll see some pictures that I used as my inspiration for the bride’s dress and groom’s suit. The bride is human and the groom is an alien, and they both live in Asteria Colony, on a far away planet, so their wedding is kind of a hodgepodge of many Earth cultures such as clothing from India, music from Ireland, recital of a Shakespearean sonnet, and their Chinese friend Hax as the officiant.

This event had been built up since the first book, Stellarnet Rebel, so I had to give my readers a complete and fulfilling experience of the Happily Ever After.

Plus, several things happen at the wedding that are important to the plot – including an abduction of the bride! But I won’t give you any more spoilers – you’ll have to read Stellarnet Prince to find out if she’s rescued and whether the wedding goes on as planned!