This interview originally appeared November 27, 2012, on the Plotting Princesses blog.

Plotting Princesses: How did you get from your day job to writing romance?

J.L. Hilton: I still have a day job homeschooling my girls, ages 8 and 12. I’ve also been a professional jewelry designer for more than ten years and I continue to do that. Not as much as I used to, but I do.

Over the years, I produced a little fiction and a lot of non-fiction – short stories, newspaper articles, columns, that sort of thing. I was content with jewelry as my primary creative outlet, and in 2008 founded a jewelry artists’ collective called the Triangle Jewelry Makers. In 2009, I contributed three projects to the book Steampunk Style Jewelry.

I had no desire to become a professional novelist. But in May 2009, I woke up from a dream and had a story in my head that wouldn’t go away. It consumed me. I wrote it down, had a few people read it, and they urged me to publish. So here I am.

Plotting Princesses: What are your three favorite books of all time? 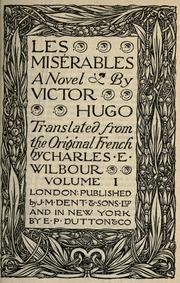 J.L. Hilton: Evening to very early morning. If I could, I’d stay up until 3am or 4am and sleep until noon. Lunch would be my breakfast. My body is just made that way. I’ve tried to force it into a different schedule without much success for 40 years. I can do it if I have to, but I function much better when the sun is down.

Plotting Princesses: Music–with or without? What kind?

J.L. Hilton: I can’t listen to music while I write, but it helps when I’m plotting, outlining or composing a scene. I use it to get into a character’s head or into the mood of a scene, then I turn it off and write.

I associate the interstellar news blogger Genevieve O’Riordan with songs such as “Stars” by Switchfoot, “Stairway to Heaven” by Led Zeppelin and “Written in the Stars” by Blackmore’s Night, because this is a story about her traveling into the stars and finding her destiny there. For the alien rebel Duin, I listen to traditional Irish songs such as “The Rising of the Moon” and “The Wind That Shakes the Barley,” or the modern songs “Hero” and “If Today Was Your Last Day” by Chad Kroeger/Nickelback. I know there’s a lot of Nickelback hate on the Internet, but I care more about lyrics than a band’s popularity. They are songs about taking action and trying to do the right thing, which is perfect for Duin. For the outcast Belloc, some of his songs are “Home” by Depeche Mode and “When You Say You Love Me” by Josh Groban, because those are songs about loneliness, longing, and finding a place to be.

I listened to “Come What May” from Moulin Rouge a LOT while writingStellarnet Prince. For me, this song expresses the heart and soul of the story. If there’s a theme song to sum up the first book, Stellarnet Rebel, it would have to be “You Raise Me Up,” because at its core it’s a story about how the choices we make can either lift up or tear down our fellow beings.

Plotting Princesses: What’s harder, the beginning, middle, or the end?

J.L. Hilton: Definitely the middly bits. When I begin a new story, I tend to write one or two of the chapters very near the beginning and a climactic scene near the end, then I fill in what happens between. I’ve compared my process to the underpants gnomes on Southpark. “Phase 1: Collect underpants. Phase 2: ?. Phase 3: Make profit.” Part 1: Interstellar blogger meets alien freedom fighter. Part 2: ?. Part 3: Well, I can’t tell you that without major spoilers!

Plotting Princesses: How did you come up with that title?

J.L. Hilton: My original title for the first book was Asteria Colony. Now, I can’t think of it as anything but Stellarnet Rebel. It’s an awesome, utterly perfect title. I wish I could take credit, but it came from my publisher, Carina Press. They pulled it from a list of words my editor and I sent them which included “stellarnet” (what I call the future Internet that spans several stars, planets and moons) and things like “spacepunk,” “metalscape” and “technorebel.”

Plotting Princesses: Best advice anybody every gave you?

J.L. Hilton: About writing, or life in general?

For life in general: “Unless it’s yes, it’s no.” It was given in the context of relationships, not to stay in one if your heart – or the other person’s – isn’t in it. But it can apply to a lot of things. I guess it’s sort of like “follow your heart” or “don’t cast your pearls before swine.” Go in the direction of your enthusiasm, and don’t waste time or effort on those who are indifferent to you.

For writing: “Stop using so many adverbs. It should be obvious from the dialog whether it is sad, angry or hopeful.” lol

Plotting Princesses: My ideal fictional hero would think me gorgeous no matter…

J.L. Hilton: … if I had bed-head, ears, small eyes and no color on my back. Genevieve O’Riordan is beautiful by humanity’s standards, thanks to her genetic modifications, but the Glin don’t have hair or ears. They have large, dark eyes and coloring on the back halves of their bodies, like frogs. Beauty transcends physical characteristics, for my heroes. 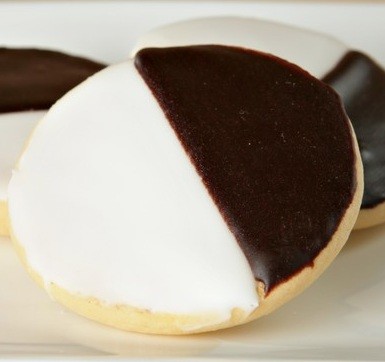 J.L. Hilton: Black and white cookies (aka half moon cookies). You just had to bring them up, didn’t you? Where’s my car keys…

Plotting Princesses: Do you write at home or someplace else?

J.L. Hilton: I usually write on a laptop in my bedroom. But I did write portions of the Stellarnet Series at Tir na nOg Irish Pub and on thriller novelist Andrew Britton’s couch.

Plotting Princesses: What’s your favorite type of hero/heroine and why?

J.L. Hilton: Flawed heroes who can’t seem to get a break (Edward Scissorhands, Phantom of the Opera) or anti-heroes who aren’t afraid to break the rules (or a few heads) and flaunt convention in order to do what’s right and protect their own (V for Vendetta, Firefly). Belloc is a little bit of the former, Duin is a little – ok a LOT – of the latter.

This entry was posted in On writing..., Science Fiction, Stellarnet Prince, Stellarnet Series. Bookmark the permalink.