Do aliens have flags?

This is what I envisioned for the Glinnish flag invented by extraterrestrial ambassador Duin a week before arriving in the United States, in my second book, Stellarnet Prince. 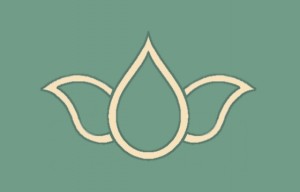 Duin stepped onto the platform. Cheering spectators packed the South Lawn and waved little flags—some the U.S. flag and some the Glin flag that Duin made up a week ago. The flag featured a field of celadon with a simplified, cream-colored j’ni, its petals in the shape of raindrops.
(Excerpt from Stellarnet Prince)

I had a lot to consider when I brought my aliens to Earth. As envoys, they were welcomed with pomp and circumstance at every turn. But what does an alien diplomat do when his world has no centralized government, no official flag, no national anthem, no formal attire?

A refrain of music alerted them to a call from J.T. and his face appeared in a window on the wall. Normally, they couldn’t chat because of the lag from Earth, but J.T. was already on Asteria for the wedding. “’Lo. Quick question: What’s the Glin anthem? The U.S. chief of protocol is asking.”

Duin sighed in exasperation. “We don’t have an anthem. We don’t have a flag, animal, color, or official seal. I already told him. We have a motto, awah na glem, and a sacred flower, the j’ni.”

“You’ll need to come up with a flag, then, and pick a song, or they’ll end up playing some asinine thing like the theme from Star Trek.”

Belloc didn’t know what was so funny. “My mother sang it to me.”

“They’ll play whatever the hell you tell ’em to play. But come up with something so they’ll stop crawling up my ass. Ciao.” J.T. disappeared.

“It’s a lullaby,” J’ni said. Belloc didn’t know what that word meant, but she explained before he had to ask. “A song for children.”

“Yes.” Duin continued chuckling. “I think I’ve sung it to my descendants about four thousand times, at least.”